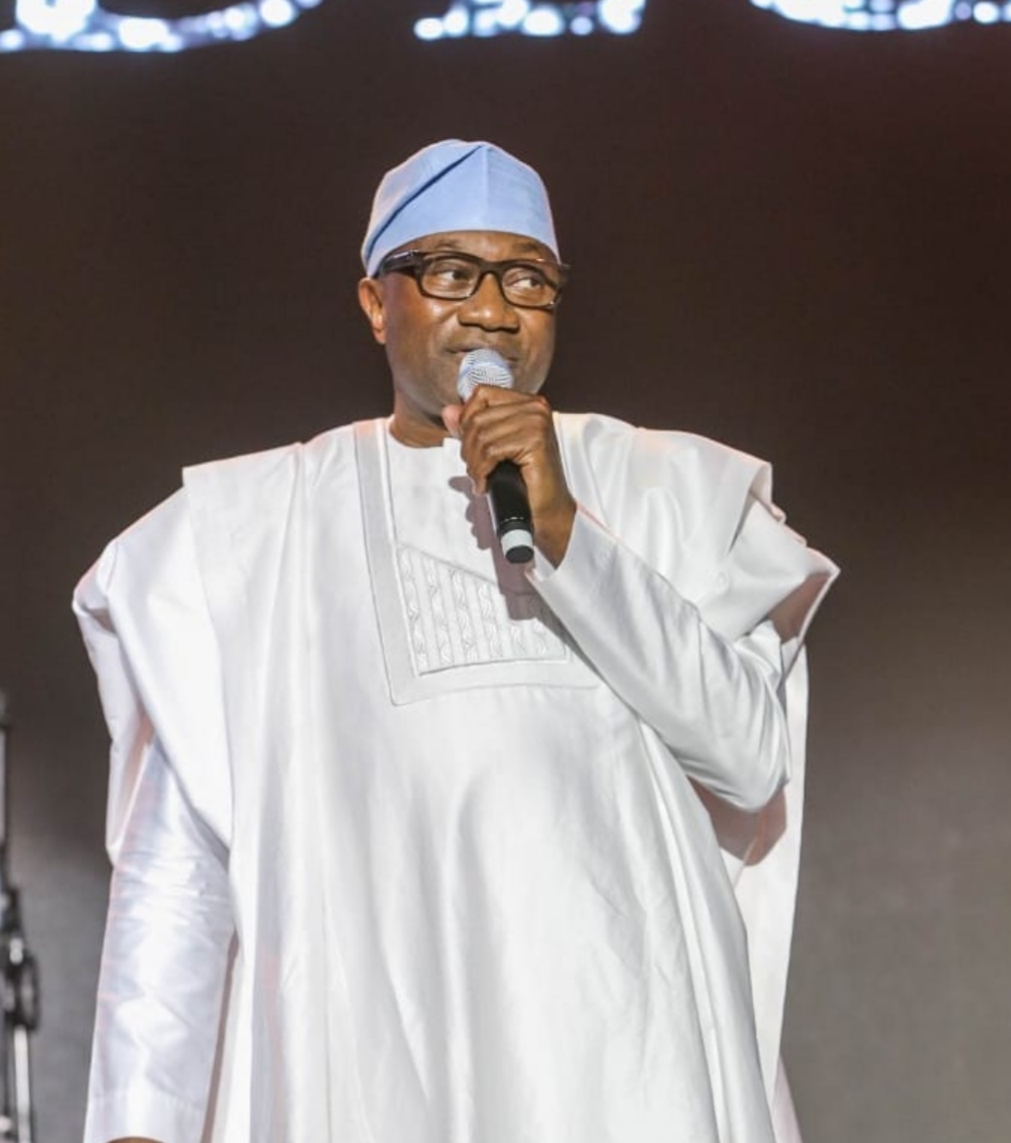 It is just 26 days into the New Year.

Yet, recognition and honour have started coming the way of billionaire businessman and Chairman of Geregu Power Plc, Femi Otedola.

Last Monday, the  Executive Chairman, Geregu Powe Plc, was honoured with the Philanthropist of the Decade Award at an event to commemorate the 25th anniversary of ThisDay Newspapers at the Eko Hotel and Suites, Victoria Island, Lagos.

At the well attend event, Otedola, while receiving the award, had used the opportunity to clear the air about his other passion, philanthropy and recent humongous donation of N5bn to the Save The Children Foundation in November 2019 in Abuja.

Of course, he was not unaware of the reactions that trailed the donation, including the reported disguised belief expressed in some quarters.

In fact, Otedola, also an art aficionado, regaled the distinguished audience with details of how his children had been shocked when he made his intention known hours to the donation of the money to the Foundation.

Goaded by his love for his “innocent children,” he disclosed that he immediately deployed his philosophical wit, and also shared his deep understanding of what makes life meaningful and living worthwhile with them, in his effort to make them sea reason with them.

According to him, he explained to his visibly shocked children that they would never go broke or hungry because he had tried as humanly possible to give them the greatest weapon against poverty: education.

By the time he ended his speech on the occasion, no one in the audience agreed less with him that it was a well thought-out donation, one that gave him indescribable joy and great fulfillment.

It will be recalled that, apart from the wondrous donation of N5bn, Otedola in the past, had dazzled at the Augustine University’s Fundraising and Founders’ Day event held at the Muson Centre, Onikan,  Lagos in 2018.

Then, he had pledged to donate a well-equipped Faculty of Engineering building to the institution, which would be worth over N 500m.

The shrewd businessman, a few months later, fulfilled his promise, when he  laid the foundation of the building in the presence of the  Catholic Archbishop of Lagos, His Grace Most Reverend Dr.  Alfred Adewale Martins and his mother, Lady Doja Otedola, among other notable personalities.

Last  year alone, he  invested millions of Naira into charity, apart from other donations made to former Green Eagles player, Christian Chukwu, singer Majek Fashek and Nollywood actor, Sadiq Daba, among many others.

Also in 2019, he was named  the biggest individual donor to the Lagos State Security Trust Fund (LSSTF). Subsequently, he and some other donors were celebrated at an event tagged “Transformational Security” and the Lagos State Governor, Babajide Sanwo-olu commended him for consistently intervening to improve the society.

Without a doubt, his act of generosity continues to shoot for the sky; he loves giving back to his society without blinking an eyelid.

However, he loathes people singing his praise over such acts of humaneness.  He is not your kind of billionaire who calls for publicity over little donation.

On his humanitarian gestures, he has been quoted as saying that “God has been so kind to me in life.

“The only way I can show my gratitude to Him is to use my resources to support those who are underprivileged.

“This I intend to do for the rest of my life.

“In a world full of conflicts, diseases, calamities and inequality we all need to show the milk of human kindness, to reach out and comfort the sick and give a helping hand to the weak.

“A lot of people think when they die, they take their money with them, we’ll see.

“In my journey of life, I have taken the risk, I’ve done the chase, I’ve enjoyed the thrill and I have achieved success and recognition. What next? You give it back!”