Thinking School is berth in lagos to tackle the high rate of Unemployment in Nigeria.
Daring the Odds. 2020 will go down as one year that shocked everyone. It didn’t matter what plans you had hatched prior to the year or the thoughts you have penned down in your diary; 2020 surprised everyone. It took a lot for many to come to terms and the year took flight and seemed like nothing will work.
Many would argue that the things we adopted during the peak of the pandemic weren’t new things, they only got prominence. Such is the story of business, innovation and principles.
As it has been widely acknowledged, principles are global and can be adopted/adapted, so is the fact that nothing is new in business – if you are toying with an idea in your head, and delaying execution, someone else will spring same idea even in better forms.
With the effects of the pandemic biting hard on lives of individuals and their businesses, Thinking School Nigeria stepped into the arena where the giants feared to walk. The team designed programmes and products to help Nigerians mitigate the effects of covid19 on their businesses. It wasn’t the first time Thinking School dared the odds.
In 2016, Thinking School took a risk on entrepreneurial virgins and incubated them, today they’re doing fine with quality service and unique customer care service in agriculture, confectioneries, fashion and agro allied industries. In the words of the founder, Michael Olaniyan, “Our knack for asking the right questions and ignoring sentiment is what pushes us to be better – and when we dare the odds, it is not for show off. We interrogate our situations analytically and tow the path with the highest possible return.”
When their free online classes took full force in March, it looked like it won’t go far but here we’re today. The class held every week for 7 months and counting, bringing to bare the team’s wealth of experience and technical ability to deliver time worthy and future proof steps to business and career development.
The Project manager, Abayomi Sarumi says, “We dare the odds and we question the status quo but we never lose sight of our realities. We are not bent on dishing contents and forgetting the core of our message. This is what sets us apart – our message keys into the reality of Nigerians and it’s why we can easily help individuals and businesses.”
Related Topics:
Up Next

Lasaco Assurance: Looking Good For The Future By Rilwan Oshinusi

Oluwo Of Oba AbdulRasheed Akanbi Fritters Away His Honour? 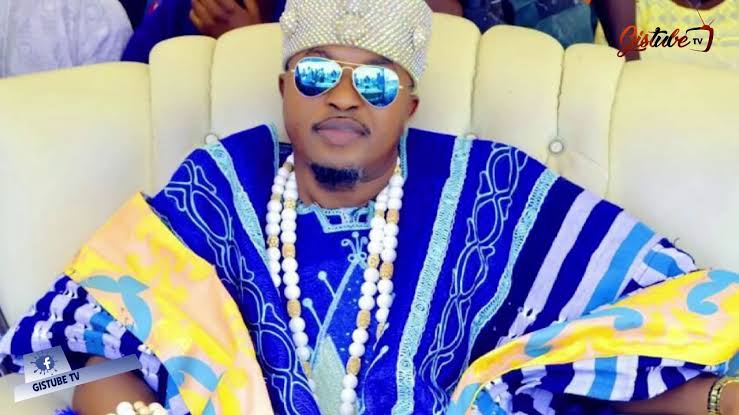 He holds a respectable position in the society; he is traditionally the eyes and ears of his forebears over his people and he is courted by many by virtue of the privilege conferred on him by Providence.

But it appears Oba AbdulRasheed Akanbi, Oluwo of Iwoland, is about to fritter away this rare honour allegedly on the altar of his unbridled arrogance and undisciplined lifestyle.
Indeed, in recent times, many have begun to psycho-analyze him and even try to unearth his past, in an effort to know if he is truly deserving of the position he is currently occupying.
Those who are calling for investigation into his struggling years, which seems to have now exposed the big blot on his escutcheon, maintain that he has desecrated the stool to the embarrassment of his subjects.
Curiously, five years into his ascendancy to the throne, the Oluwo of Iwo has not done anything, consciously or otherwise, to disabuse the minds of his critics who have tagged him as controversial.
His actions and farcical displays in public are said to be giving many grave concern, as it is giving the town a bad image.
If the news reaching www.crystal.com.ng was anything to by, it seems that the royal father’s cup may be over-flowing already, as some of his subjects are set to bear their fangs on him and also take him to the cleaners.
To underscore their resolve, 12 out of the 13 Iwoland Kingmakers have petitioned the Osun State governor, Gboyega Oyetola, over the monarch’s alleged excesses.
The 17-page document titled “A Petition For Removal of Oba Abdulrasheed Akanbi ( Oluwo of Iwoland) From the Throne of Iwoland “ was signed by the following: Balogun of Iwoland, Chief Raufu Murana Olorunlampe; Oyin of Iwoland, Chief Fatai Alani Olaoye; Osa of Iwoland, Chief Yekeen Bello Orobimpe; Olosi of Iwoland, Chief Sunday Oyetunde Oyeniyi; Jagun of Iwoland, Chief Ganiyu Kazeem Ayinde and Oloya of Iwoland, Chief Moses Akanmu Ajao.
Others are: Olukotun of Iwoland, Chief Basiru Ajani Akinsola; Odofin of Iwoland, Chief Lamidi Morufu  Oyeleke; Onju of Iwoland, Chief Suraju Bello; Agoro of Iwoland, Chief Lateef Ishola; Asape of Iwoland, Chief Moshood Amoo; Olukosi of Iwoland, Chief Rasaki Akanmu Tijani and the Aro of Iwolaland, Amao Olaosebikan Taiwo.
The petition reads in part: “It is regrettable to inform your Excellency that the present Oluwo of Iwoland is not supposed to continue to occupy the throne as Oluwo of Iwo.”
In the petition, the 12 kingmakers gave a blow-by- blow account of Oba AbdulRasheed’s alleged proclivity for fraud and flagrant abuse of office, among others.
The flamboyant king was said to have been arrested and arraigned allegedly for offences bordering on credit card fraud in 1998, to which he pleaded guilty and was sentenced to 15 months imprisonment by the U.S. District Court of Massachusetts.
The trial court also barred him for life from entering the United States.
He was subsequently deported to Nigeria after serving out his jail term in 1999.
The petitioners also alleged that, though Oba AbdulRasheed had travelled to Canada in early 2000 and was able to get his Canadian citizenship, he committed another crime no sooner than he relocated there, which eventually fetched him another jail term after due prosecution between 2006 and 2007.
Again, convicted Oba AbdulRasheed was said to have poked the law in the face when he attempted to enter the U.S. on March 11, 2011through Peace Bridge Port Entry, Buffallo, New York, despite being barred from entering the country following his 1998 conviction.
But eagle-eyed Customs and Border Protection Officer, CBPO, found him out, after a background check was conducted on him, which revealed that he was the driver of a vehicle bearing Nova Scotia license plate.
Investigation also revealed that he allegedly presented a Canadian passport and proof of identity, which bore his photo and name as Prince Adewale Akanbi.
According to the petitioners, when the CBPO, simply identified as Fudella, conducted a CBP database queries on the Oluwo, it was discovered that Prince Akanbi had criminal convictions in Canada.
It was also alleged that when the CBPO conducted a biometrics fingerprints scan, it revealed a positive match under FBI number and alien file number, and the name associated with those records was Segun Adewale Adeonigbagbe.
Determined to further demystify him , a source, who made available to Society Watch some of the court papers indicting him of all the crimes , revealed Oba Akande’s Achilles’ heel to include his penchant for fighting notable personalities within the and outside Iwoland.
The source disclosed that the monarch, without provocation, had poured invectives on and even lampooned some eminent personalities in the country, including Chief Abiola Ogundokun; Imran Adio,  a leading Islamic cleric whom he removed as Otun Ajanasi; Alaafin of Oyo, Oba Lamidi Adeyemi; Ooni of Ife,  Oonirisa Enitan Ogunwusi and Orangun of Ila, among others.
The petitioners, therefore, urged  Oyetola to speedily remove him before he commits greater sins against humanity, adding that “We sincerely believe that history would be kind to your excellency and us ( undersigned)that we spoke when it was time to speak. We pray your Excellency will rise up to the occasion and do the needful. “