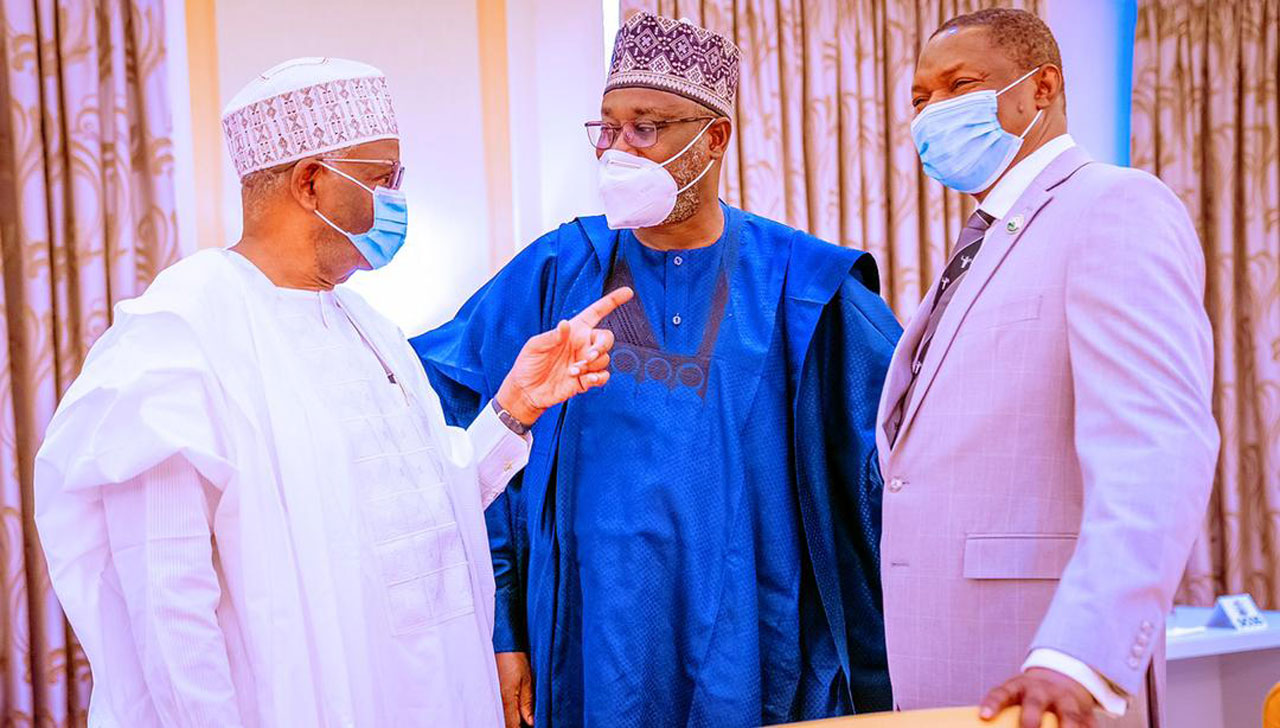 The Federal Executive Council (FEC), yesterday, announced the approval of N10.168 billion to hasten execution of various projects under the ministries of Water Resources and Aviation as well as two agencies under the Presidency.

Vice President Yemi Osinbajo presided over the council at the First Lady’s Conference Room, inside the Presidential Villa.

Responding to questions from Journalists after the virtual meeting, Minister of Water Resources, Suleiman Adamu and his Aviation and Information counterparts, Hadi Sirika, and Lai Mohammed explained the various projects approved by council.

In the Ministry of Water Resources, the minister disclosed that FEC approved augmentation for two contracts, which had been affected by time and inflation.

“The contracts, Bagwai Irrigation Project in Kano State and the Biu Water Supply Project in Borno State, got an aggregate of N8.825 billion.

“The first one was for expansion and completion of Bagwai Irrigation Project. We sought for an augmentation of N3.76 billion, which was approved.

“The second memo was on augmentation for Biu Water Supply Project. Again, this is a project that was started in 2001, but is yet to be completed. It ran into a lot of problems, mainly associated with funding and the Boko Haram insurgency. So, we sought an augmentation.

“The total augmentation is N5.063 billion, bringing the contracts sum now to N9.36 billion from N4.29 billion, inclusive 7.5 per cent VAT, with a new completion period of 24 months.”

Sirika said council approved a contract for procurement of a towable mobile office for the Accident Investigation Bureau (AIB) of the Civil Aviation Authority.

“The contract is for procurement, equipment and installation of accident investigation towable mobile offices in favour of Messrs. Crases Integrity Services Limited. The total contract sum is N201,150,437.21.”

Mohammed said two memoranda were approved in the name of President Muhammadu Buhari.

“I have two memos presented in the name of Mr. President. The first was a memo seeking approval of council for the enhancement of security at the newly completed premises of the Economic and Financial Crimes Commission located at Jabi.

“The second memo sought council’s approval for procurement of 16 vehicles for the use of Federal Civil Service Commission. We have 16 members of the FCC, the chairman and 15 commissioners representing the states.

“They asked for replacement of the old unserviceable vehicles and the council duly approved the purchase of one Toyota Landcruiser V8 and 15 Toyota Rush, all at a total of N336,216,198,” he said.

56 / 100
Powered by Rank Math SEO
Related Topics:agenciesapproves N10.2bFECministries
Up Next