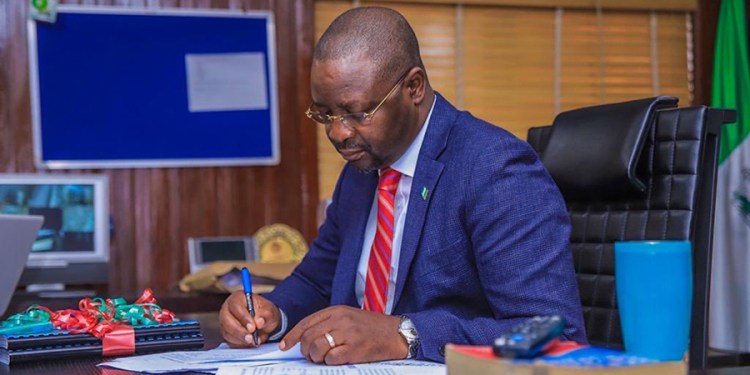 The Minister of Youths and Sports Development, Sunday Dare, has nullified reports making rounds on social media that the NYSC scheme is set to be scrapped.

Two days ago, there were speculations that the one-year mandatory scheme for all graduates will be scrapped following the second reading of a bill in the House of Representatives seeking to end the scheme which some feel has outlived its usefulness.

However, the Minister of Youths and Sports has reacted to the speculations on his official Twitter handle this morning, the Minister said the government is committed to sustaining the scheme.

”The NYSC scheme remains one of the greatest tools for National development for our youth. The commitment of the government to sustaining the NYSC scheme remains. Dynamic Reforms and Initiatives towards current realities are ongoing. Nigeria will stand with her youth.”his tweet reads

56 / 100
Powered by Rank Math SEO
Related Topics:Minister of Youths and SportsNYSCScrapped
Up Next

The dream to establish the OANDO Foundation was sown about eleven years ago when the GCE, Oando, Mr. Wale Tinubu, drew inspiration from the words of two great men on the importance of education.

First was the late South African President, Nelson Mandela, who described education as the most powerful weapon for changing the world. The second man was one of the Founding Fathers of the United States, Benjamin Franklin’s quote, which says that “Knowledge is the one investment that keeps paying dividends”

Inspired by the two great leaders, the management of Oando PLC, one of Africa’s leading energy solutions providers, made the bold move to invest in education with the Oando Foundation.

The mission was to improve the learning environment and to make learning easier and attractive to students in Nigerian public schools.

Today, the little seed that was inspired by those two great men has not only germinated, but it has also grown beyond the foundation’s expectation and bridged the gap by transforming the lives of more than one million lives of Nigerian child through education.

Since its establishment in 2011, the inspired Hands have dedicated their time, talents and resources in putting smiles on the faces of Nigerian school pupils, teachers and indeed the larger community.

The boss of Oando, Wale Tinubu, who is very proud of the foundation’s achievements in the past 11 years, showed his excitement when he wrote on his twitter handle last Tuesday, “The role of education for peace and development cannot be overemphasized. Without inclusive and equitable quality education and lifelong opportunities for all, countries cannot break cycles of poverty and inequality.

“I am constantly inspired by Oando Foundation’s 11-year journey. We set out to bridge the education gap in Nigeria with infrastructure development, scholarships, and teacher capacity building. So far, we’ve impacted the lives of ~2M Nigerians.

As we commemorate #EducationDay, I look forward to both public and private sector players collectively reimagining the future and committing to the transformation of education to build more sustainable, inclusive, and peaceful futures. #InternationalDayofEducation.”

The foundation, over the years has conducted four career talks, schools rehabilitation across Nigeria, while it has also donated educational aids and it also awarded and sponsored  scholarships across the nation. Through its scholarship programme, it has impacted thousands of  students from poor socio- economic background, while beneficiaries have recorded remarkable strides, performing above 70% average consistently; others have represented their states and local governments different academic competitions.

Because the foundation’s belief that education is constantly evolving and so should the teaching methods, it has also  successfully supported the professional development of teachers and  head teachers in school management, modern pedagogical practices and subject content knowledge. 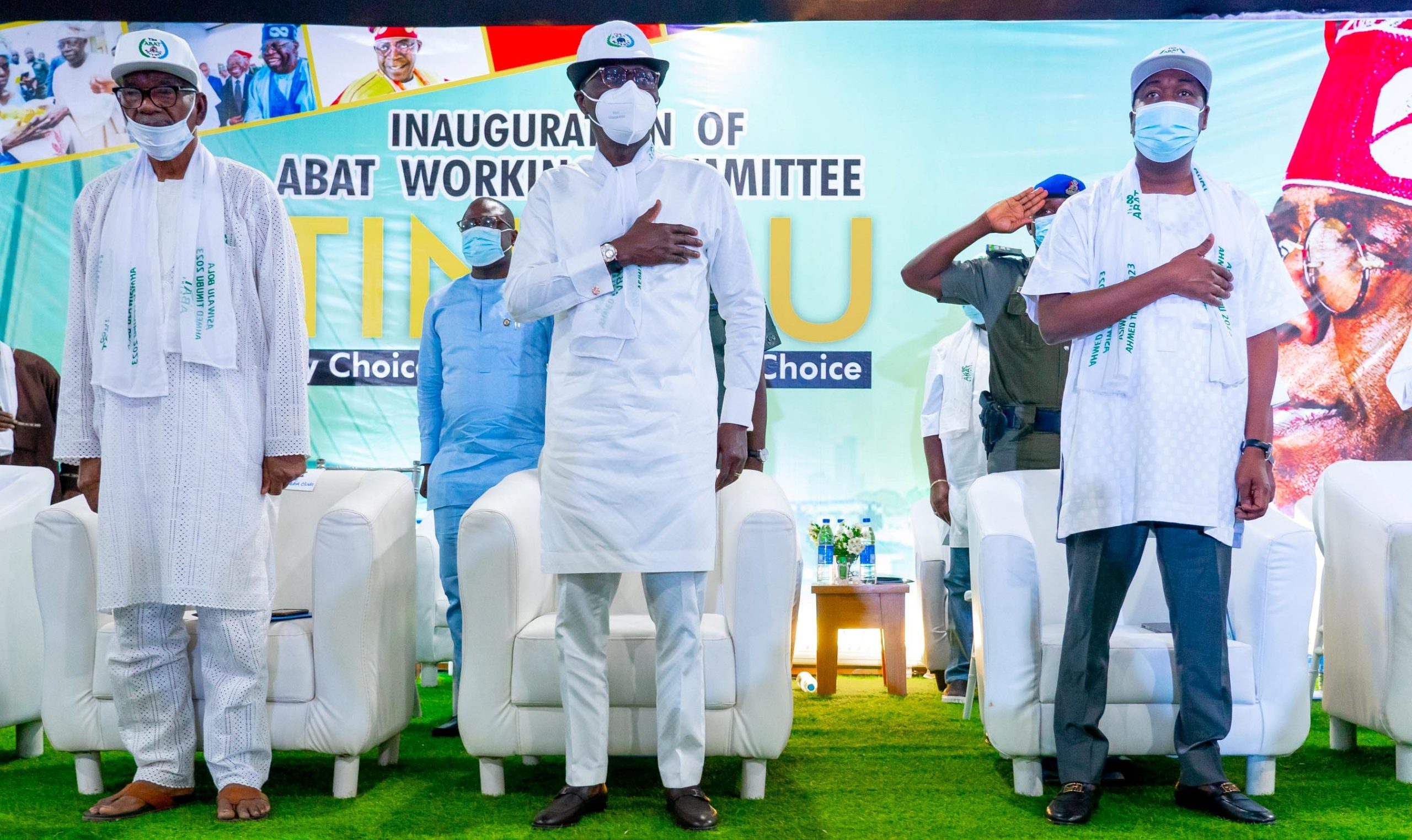 The Asiwaju Bola Ahmed Tinubu (ABAT) Movement has officially inaugurated its Working Committees ahead of the forthcoming 2023 general elections.

The colorful celebration which was held at the Haven Event Center, Ikeja GRA was well attended by APC leaders across the State’s 57 local councils across the state.

The ABAT Movement was conceived and set up by members of the Governor’s Advisory Council (GAC) in Lagos, the highest political organ in the state, for the actualization of the presidential ambition of the former Lagos Governor.

Speaking at the event, the Movement’s Director-General, Hon. Oyinlomo Danmole said ABAT structure was different from other support groups set up across the country for the actualization of Tinubu’s presidential ambition.

Danmole while reeling out the group organs and structures, said that all cluster groups within the Lagos APC have representation in the movement, with the inclusion of every locality in the State.

He said that a seven-man committee had been set up in each of the 57 local councils in Lagos, with each committee headed by coordinators.

He said that at the ward level, the movement maintained similar committee structure of seven persons across the 377 wards.

He added that registration to be part of the ward committee would be made open to Lagosians in the coming days. 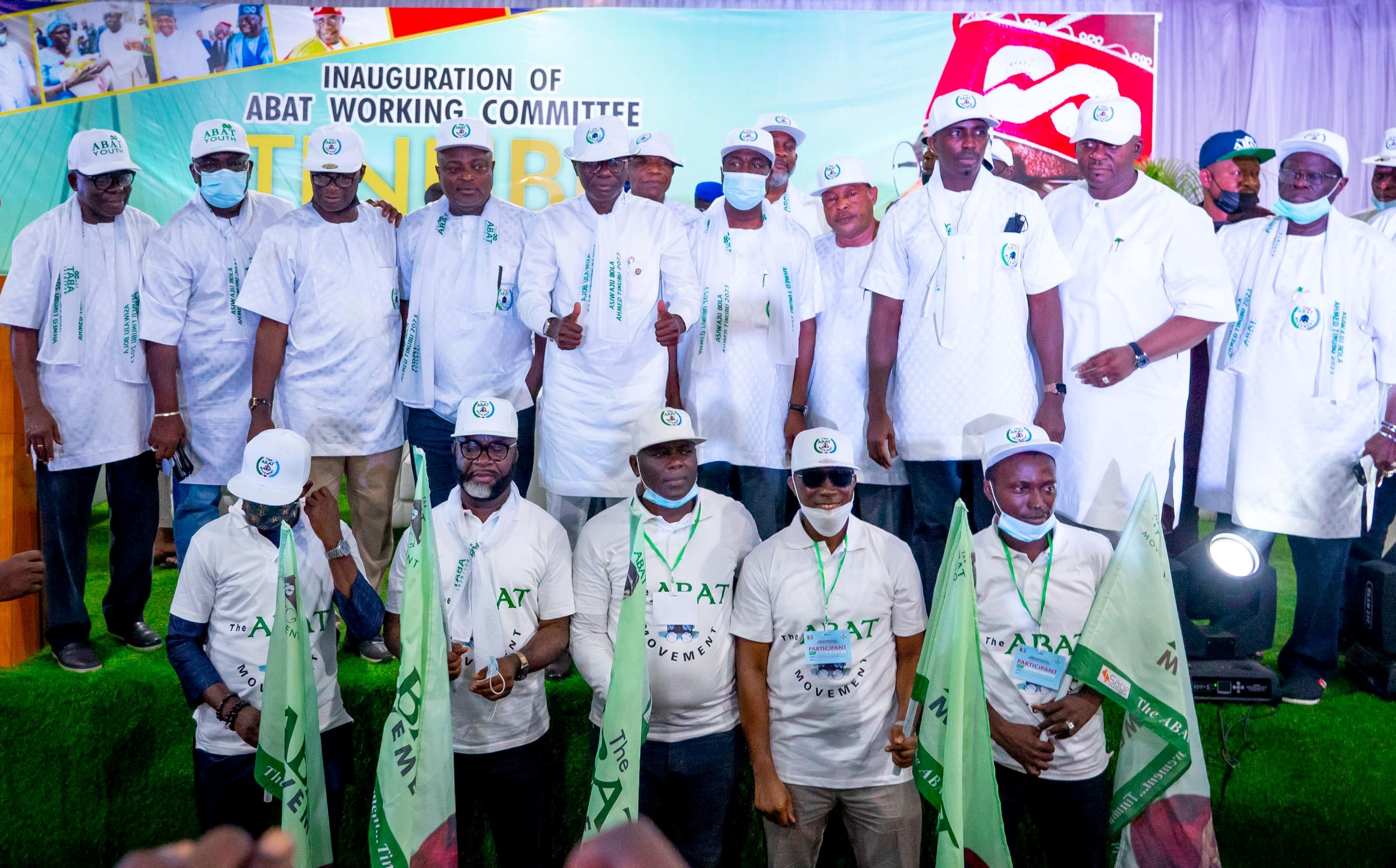 Speaking at the inauguration, the Executive Governor of Lagos State, Mr. Babajide Sanwo-Olu described the National Leader of the All Progressives Congress, Asiwaju Bola Ahmed Tinubu as the best candidate to effectively manage human and material resources for visible progress of the country.

According to him,”Nigeria is the most populous black nation in the world and the responsibility that comes with that is enormous. No doubt that the destiny of the entire black race is tied to the greatness of Nigeria. If our country must be great, we have the responsibility to choose the leadership that will bring about true transformation across every facet of our national life. Who is that rallying figure that should lead us in this journey?

“The answer is deeply connected to our mission and purpose here today. That person must be a detribalised Nigerian and a bridge builder, who has been tested and trusted. A thinker who must sustain the legacy our current president is leaving behind. That person is the reason we are inaugurating this Movement for the actualisation of his presidential ambition. That person is our great leader, Asiwaju Bola Ahmed Tinubu,” he said.

ABAT Movement’s chairman, Cardinal James Odumbaku, said the forthcoming general election presented another opportunity for Nigerians to make the right choice to keep the country on the path of development.

He warned that the electorate must get it right by electing a tested and credible leader to steer the leadership of the country.

He stressed that the movement believed Asiwjau Bola Tinubu remains the right man for the top seat.

An APC chieftain and member of the Governor’s Advisory Committee, Prince Tajudeen Olusi described Tinubu as “a genius” in statecraft, adding that the APC National Leader is a salable article in the political market.

According to him, ”We have to be prepared and determined, because the contest would be a battle of might and strength.” 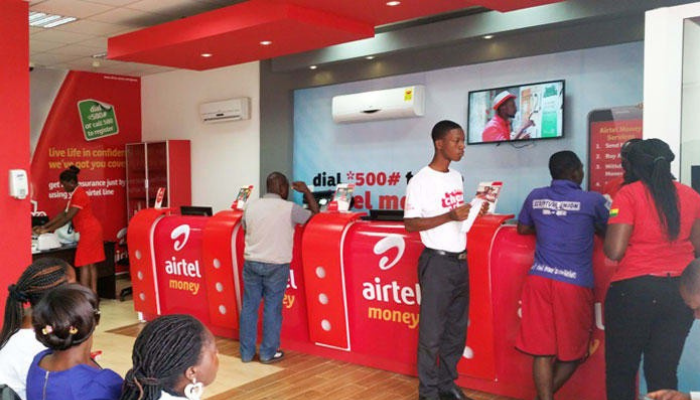 According to Bharti chairman Sunil Bharti Mittal, “This is a significant milestone for Airtel Africa, which becomes part of the FTSE 100 in just two and a half years of listing on the London Stock Exchange joining the most valuable companies,”

Airtel Africa was listed on the London Stock Exchange in June 2019. The company commands a market capitalization of close to $8 billion.

Bharti Airtel said that the inclusion in the FTSE 100 index was the mark of the growing confidence of investors in the business.

“Airtel entered Africa in 2010 and the business has demonstrated consistent growth in its customer base, revenues, profits, margins, and cash generation, as well as strengthening its balance sheet through reduced leverage,” Bharti Airtel said.

Airtel Africa serves around 122 million subscribers across the continent. In the six-month period ended September 30, Airtel Africa’s revenue grew 25.2 percent to $2.3 billion while its net profit doubled to $335 million.

“Airtel Africa is a strong player in the African continent, which has emerged as the next growth frontier globally,” Mittal said.