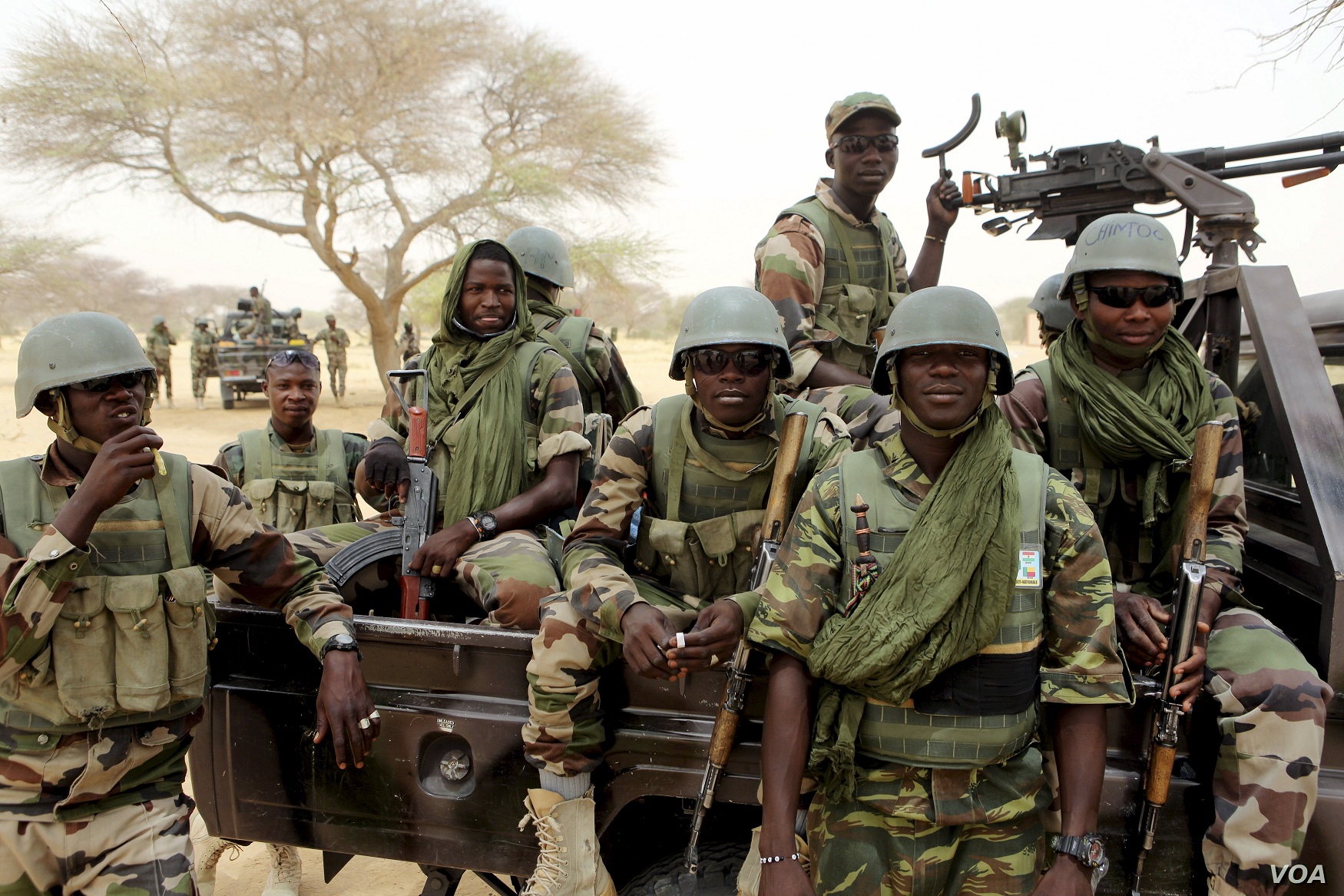 Troops of the Joint Task Force in the North-East have eliminated 11 terrorists and recovered a cache of arms, ammunition, and a truck laden with petroleum products during fierce encounters in Borno.

The Director, Army Public Relations, Brig.-Gen. Onyema Nwachukwu disclosed in a statement he issued on Sunday in Abuja that the troops belonged to “Operation Hadin Kai (OPHK)“

Nwachukwu said that the troops of the 82 Task Force Battalion who were on patrol along Ngoshe –Ashigashiya Road, about 12km from the unit’s location, had an encounter with Boko Haram terrorists at Daushe.

He said the fierce encounter led to the killing of five terrorists, compelling the remaining terrorists to retreat in disarray into Mandara mountains with several gunshot wounds.

The army spokesperson also disclosed that troops of the 212 Battalion had on July 1 launched an offensive against some terrorists along the Gadayi-Kareto-Gubio axis, Magumeri, Tungushe villages, and areas around Kerenoa.

He said that the troops recovered one AK 47 Rifle and one Baufeng communication radio set abandoned by the fleeing terrorists.

Nwachukwu further disclosed that troops had on July 2 intercepted terrorists belonging to Boko Haram and the Islamic State of West African Province while they (terrorists) were crossing through an identified supply route along Auno – Jakana axis with a truck laden with petroleum products.

According to him, vigilant troops deployed at the Garin Kuturu checkpoint swiftly engaged the terrorists in a fierce battle forcing them to flee abandoning the truck and the petroleum products.

“Following the attack on the terrorists, reinforcement by troops of Sectors 1 and 2 gave the fleeing terrorists a hot pursuit with close air support from the Nigerian Air Force component of OPHK.

“During the encounter, six terrorists were neutralized, three AK 47 rifles and one rocket-propelled grenade were captured, while one gun truck was destroyed.

“Two other gun trucks abandoned by the terrorists were also recovered,” he said.

Nwachukwu added that the Chief of Army Staff, Maj.-Gen. Faruk Yahaya has commended the tremendous efforts made by the land troops and the air component of OPHK.