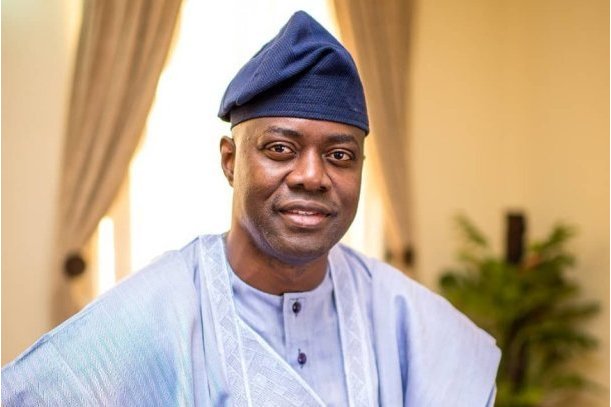 The order of the court was sequel to an application filed and argued before the court by a Lagos lawyer, Dr Francis Chuka Agbu SAN on behalf of Railway Property Management Company Limited and Nigeria Railway Corporation.

In an affidavit in support of the application sworn to by a legal practitioner Caesar Anyeabosi, the deponent averred that Railway Property Management Company Limited and Nigerian Railway Corporation instituted legal action against, The Governor of Oyo State, The Attorney General and Commissioner for Justice Oyo state and commissioner for lands and housing Oyo state all defendants, before the High court of Oyo state, upon which, a consent judgement was entered in favour of the applicants.

The High court of Oyo state, amongst other things, ordered the defendants to pay the sum of N60million to the applicants, but the defendants failed to comply with the said order of the court, thereby necessitating garnishee proceeding.

However, the defendants refused to pay the judgement sum of N60 million being the compensatory amount evaluated by both parties to be paid to the applicants

Mr Anyeabosi averred further that the defendants maintain a bank account with the 23 commercial banks listed before the court, Dr. Agbu then urged the court to issue an order giving effect to the consent judgement, as the defendants have not appealed the judgement sought to be enforced by the garnishee proceeding, neither has any application for stay of execution been filed, therefore the interest of justice will be served if the application is granted.

In his ruling, the presiding Judge E.I.Alakija (Mrs) ordered that the sum of N60 million held in any current, savings, revenue or investment accounts in whatever form or name with the listed bank’s and belonging to or being operated by the Oyo state, be attached however named or styled in satisfaction of the judgement debt owed to the applicants.

Meanwhile, based on another application filed and argued before the court by Dr Chuka Agbu to make the order absolute, opposed by Oyo state Director of Civil Litigation and Advisory Services Barrister S O Adeoye, Justice Alakija, pursuant to the affidavit to show cause by Polaris Bank deposed to by one Abraham Bailey said the garnishee order Nisi made in this suit is hereby made absolute attaching the following sum: N60million being judgement debt N1million being cost awarded in favour of the judgement Creditor, Total sum of N61 Million.