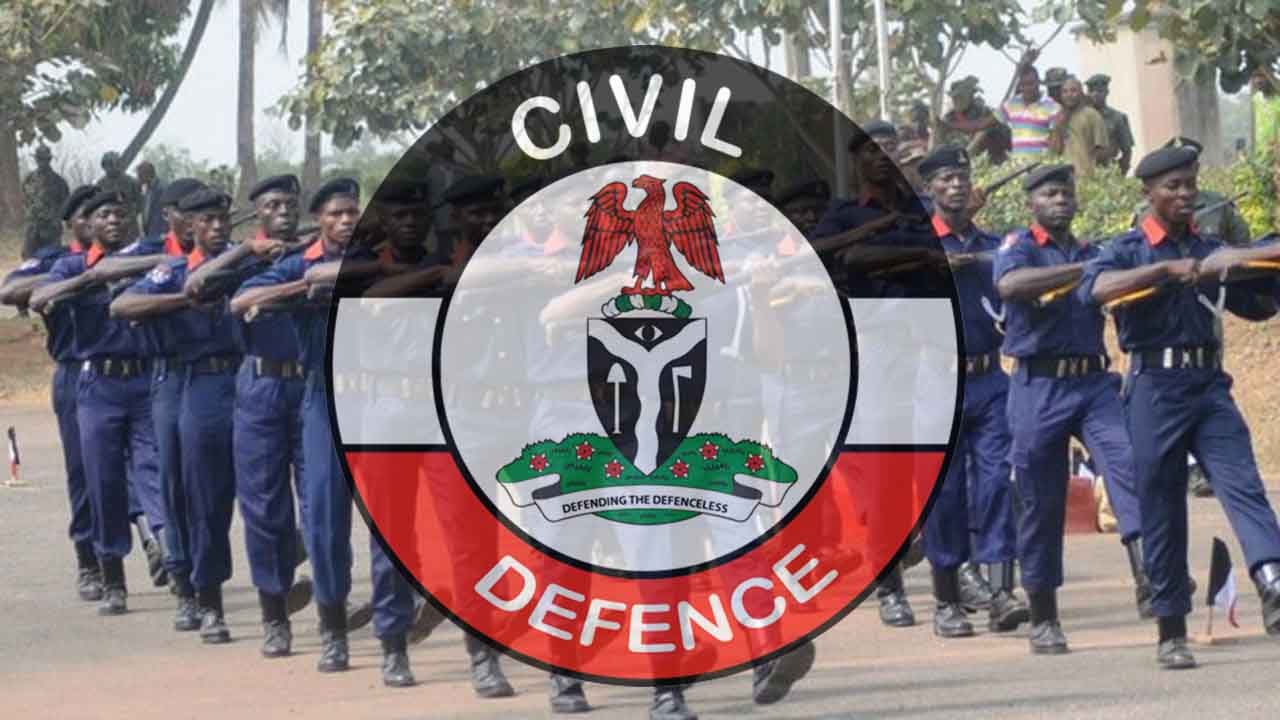 The Nigeria Security and Civil Defence Corps (NSCDC) has arrested two persons conveying suspected adulterated Dual Purpose Kerosene (DPK) concealed in bags at two different locations in Anambra.
Vincent Ogu, the newly deployed NSCDC Commandant in Anambra disclosed this while parading the suspects at the command’s headquarters on Tuesday in Awka.
Ogu said that the suspects; Kalu Chukwuebuka and Solomon Ogbonna were arrested at about 7.30 pm in the Ihiala area of the state on June 30, 2021.
According to him, the duo were conveying 3,000 liters of substance suspected to be fake DPK in a white Nissan Caravan bus with registration number; Anambra, AWK419YD.
The NSCDC official also said that his men equally intercepted another white Ford bus with registration number Lagos EKY 827YD and inscription: Christ-Like Family Movement (CFM) about 6 pm on June 6, 2021, conveying yet to be ascertained quantity of adulterated DPK.
He said that the occupants of the second bus on sighting the men of the Anti Vandalism Squad of the corps at Okija abandoned their vehicle and ran into the bush.
Ogu said that the arrested suspects still undergoing interrogation would be arraigned in court as soon as the investigation was concluded.
The NSCDC official hinted that the command is currently training the Female Squad and Special Squad in line with the directive of the Commandant General of the Corps, Mr. Abubakar Audi.
He explained that after the training, the Female Squad would be deployed to beef up security in schools across the state, while the Special Squad would ensure rapid security response across the state.
Ogu assured the people of the area of more robust security services and advised criminal elements to relocate from Anambra.
Kalu Chukwuebuka, one of the suspects told journalists that he loaded the  DPK from Irete Community in Owerri West Area of Imo and was heading to Onitsha before his arrest.
“That movement was my first time conveying such items and I never knew it was unlawful to carry diesel in bags,” he claimed.
62 / 100
Powered by Rank Math SEO
Related Topics:ANAMBRACrystal NewsNSCDC
Up Next 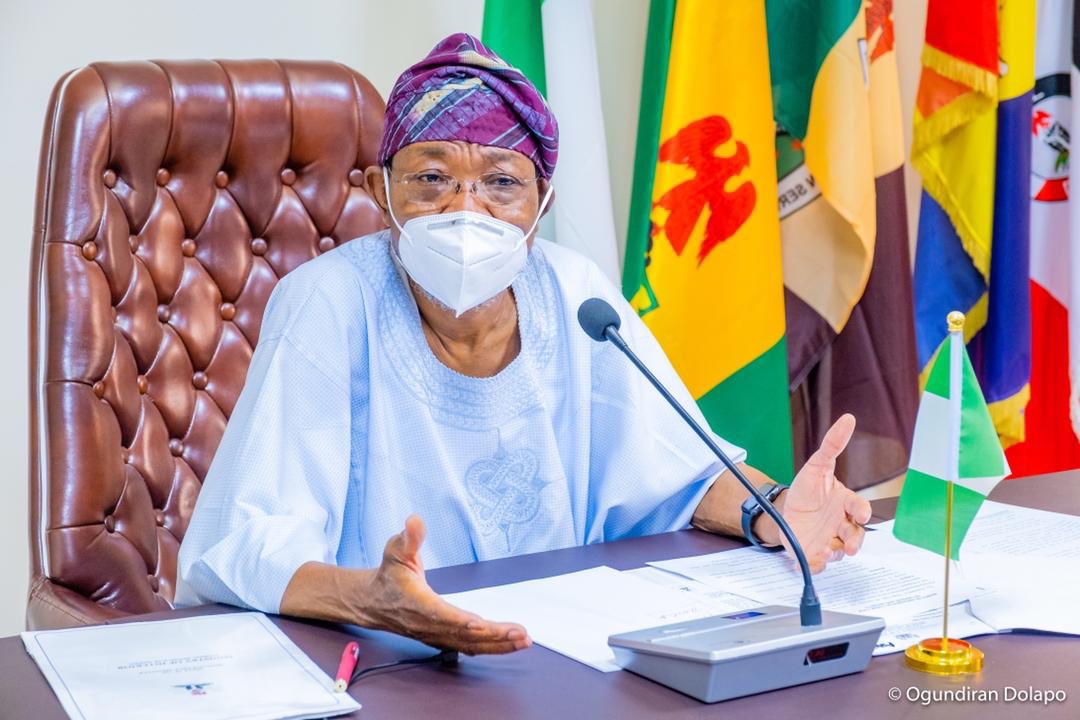 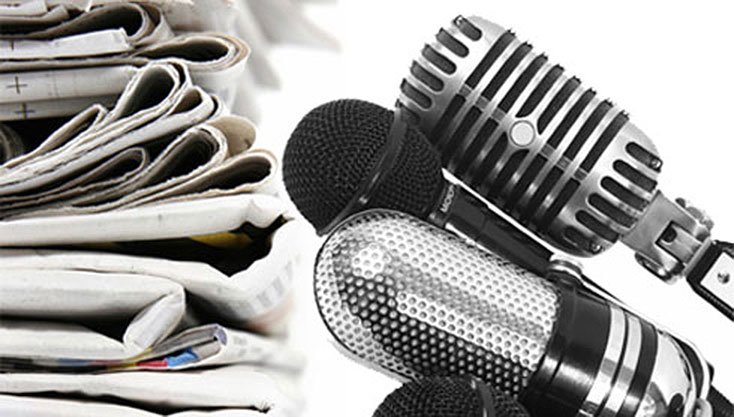 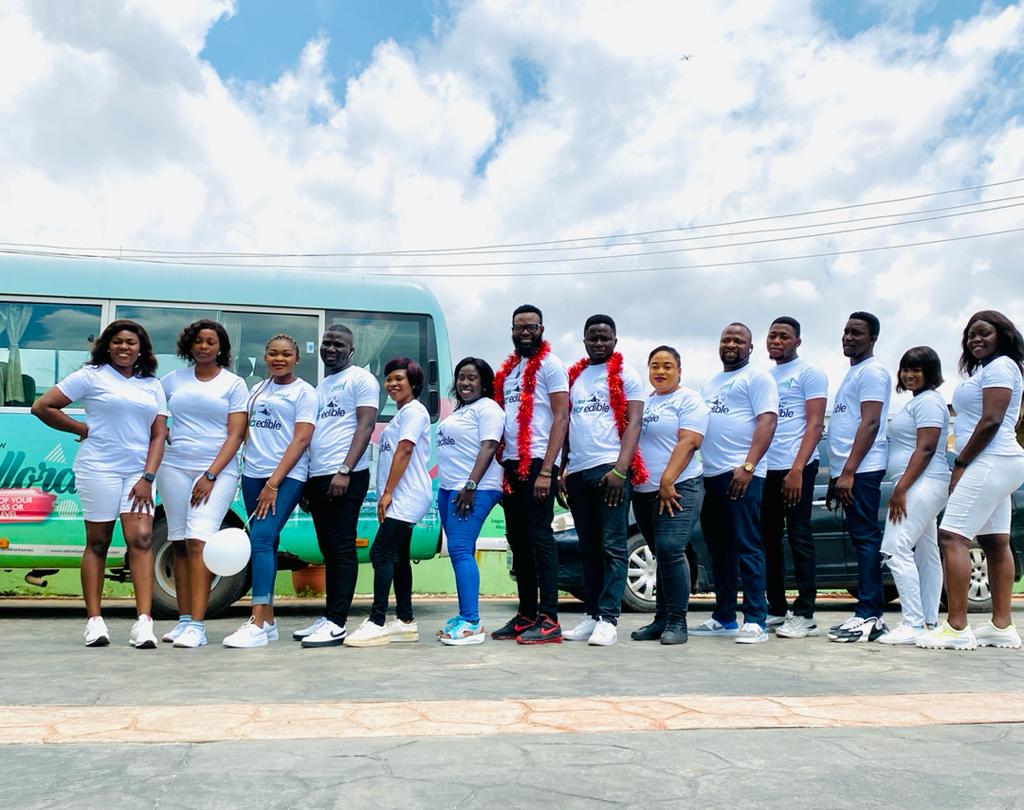 As part of its give-back strategy to appreciate employees that have done exceedingly well for the month of September, Adron Homes and Properties has showered on its workforce treat and shopping spree for contributing to the growth of the organization.

The foremost real estate company, in its usual style, celebrated its leading and best employees across all hierarchies.

The company didn’t relent as it pulled all the stops to celebrate its best staff for the month of September in grand style.

It was a weekend filled with shopping, exquisite spa sessions, fine dining, as they enjoyed a luxurious picked up in exclusive limo rides across its 6 continents nationwide.

The heartwarming treat was carried out in all Adron’s continents, namely; Northern continents, Western, Eko, Mainland, Gateway and Rock of ages continents, which covers the real estate company’s offices and estates across the country.

The Director-General of Adron Homes; Mr. Ayodeji Omoniyi-Ojo, in his charge to the staff, said, “we see everyone and this is a token to say we appreciate all your hardwork. At Adron Homes, this is who we are, we celebrate our own”.

Mr Ayodeji further used the opportunity to urge other staff to put in more efforts to be part of the beneficiaries next time.

He thanked customers for trusting the company and investing in its sites across the country.