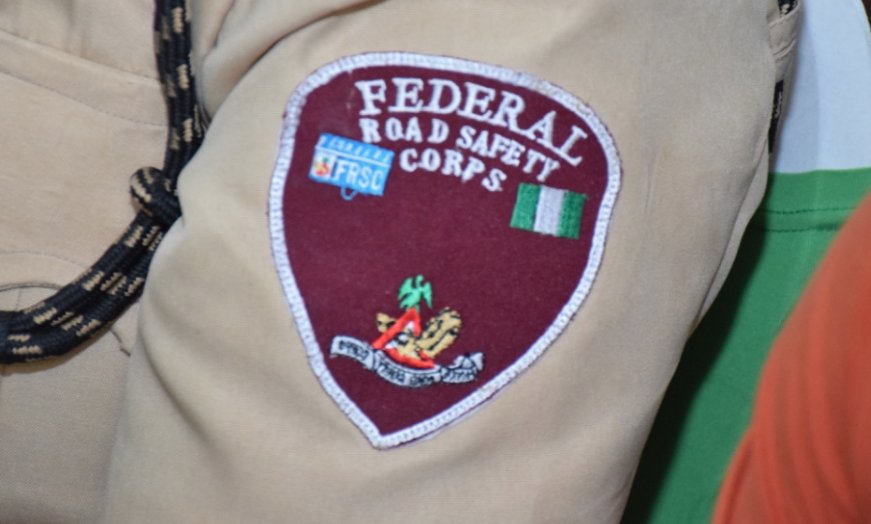 The Federal Road Safety Corps (FRSC) says it has deployed 35,000 operatives across the country to ensure road safety during the Eid-el-Kabir special patrol operations.

The FRSC Corps Marshal, Mr Boboye Oyeyemi, disclosed this while speaking at the flag-off of the 2021 Eid-el-Kabir special patrol mega rally in Ilorin on Thursday.

Boboye said that the theme of the rally is: ‘Achieving Zero Road Fatality Through Public Enlightenment Campaign’.

He reiterated the vision of the Nigeria Road Safety Strategy (NRSS II) 2021-2030, where road traffic crash leads to no death.

He said festive seasons pose no threat to road safety, but attitudes and behaviors of road users who displayed recklessness during festivities increased the burden of crashes and fatalities.

The corps marshal said that in June, a total of 1,162 Road Traffic Crashes (RTC) had led to the deaths of 567 persons in the country.

He said 56,456 road traffic offenders were arrested for 63,015 offenses, while a total of 50 registered fleet operators and 529 registered driving schools were recorded in the same month.

The FRSC boss said that it was the practice of corps to improve on advocacy during festive seasons, to guide road users on the appropriate road conduct and enforce compliance to road traffic laws and regulations.

“This year Eid-el-Kabir special patrol operation will therefore focus on ensuring prompt responses to all RTC emergencies; and intensify enforcement of critical offenses that pose a serious threat to road safety.

“It will also ensure hitch-free traffic flows during the festive period and maintaining highly visible presence of corps on the highways to provide traffic support.

“All operational commands have been directed to strictly enforce the following offences: Overloading Violation (OVL) specifically 50% capacity loading in compliance with COVID-19 guidelines.

“Others are enforcement of Speed Limit Violation (SLV), Driver’s License Violation (DLV), Lane Discipline, driving with expired or worn-out tyre and without spare tyre (TYY), Driving Without Seatbelt (SUV) and driving Without or With shattered Windscreen (VWV),” he said.

Boboye advised motorists against night travels, adding that many drivers were likely to be fatigued from lack of rest.

He also advised the motoring public to comply with COVID-19 guidelines while respecting the rights of others, while appreciating stakeholders in the transport sector.

He reiterated the corps’ commitment to ensuring that every road user reaches their destination safely while wishing Gov. AbdulRahman AbdulRazaq of Kwara and citizens a peaceful celebration.

In his welcome address, Asst. Corps Marshal Clement Oladele, the Zonal Commanding Officer RS8HQ, appreciated the governor for the development of transportation system in the state and his support towards the realization of the successful hosting of the 2021 mega rally.

He thanked all the stakeholders for their support towards road safety in the state and Nigeria.

“I also want to thank his counterparts from Ekiti and Kogi States for creating enabling environment for FRSC activities to strive in their respective states.

“I would like to especially welcome the FRSC Corps Marshal and place on record the recent achievements of the Corps under the leadership of the present Corps Marshal.

“His administrative prowess had contributed immensely to the advancement of road safety administration in Nigeria and Africa sub-region,” he said.

Mr Rotimi Iliyasu, the state Commissioner for Works, who represented the governor, also urged motorists to be careful on roads as life has no reset button.

AbdulRazaq said that road safety was everyone’s business and a collective responsibility.

“We must stop accidents before it stops us. We must use our eyes and ears while on the roads.

“Road safety is very much how we use our roads. When used well, it can be used for long and vice versa.

“I appreciate the FRSC for their support and ensuring safer roads. I also appreciate the transport sector and other stakeholders for their cooperation with corps for sanity on the roads,” the governor said.

The Secretary to the Government of Kogi, Mrs Arike Ayoade, who represented Gov. Yahaya Bello, said life has no duplicate while urging motorists to be careful on the roads.

A transport chieftain, Alhaji Najeem Yasin, commended the FRSC for organizing the rally and special patrol in the state.

Yasin charged motorists on carefulness while warning them against wrong over-taking while wishing the public and Muslim faithful a happy celebration.

“I wish to appeal to our members and other road users to always be safety conscious on the road.

“I advise that they abstain from drug abuse and alcohol while on the road,” he said.

Onikijipa reiterated the union’s commitment to supporting the FRSC and its activities.

The Chairman of the National Union of Road Transport Workers (NURTW) in Kwara, Alhaji Abdulrazaq Ariwoola, assured the corps that members of the association would comply with road safety rules and regulations.

Ariwoola appreciated the FRSC for their support and cooperation with members of the transport sector.

In his closing remarks, the Kwara Sector Commander of the FRSC, Mr Jonathan Owoade, appreciated the governor of Kwara, the corps marshal and stakeholders in the transport sector.

He said the corps would continue to raise awareness on issues of road safety in their domains, while wishing everyone a happy Eid-el-Kabir celebration.

67 / 100
Powered by Rank Math SEO
Related Topics:Eid-el-KabirFRSCNigeria
Up Next