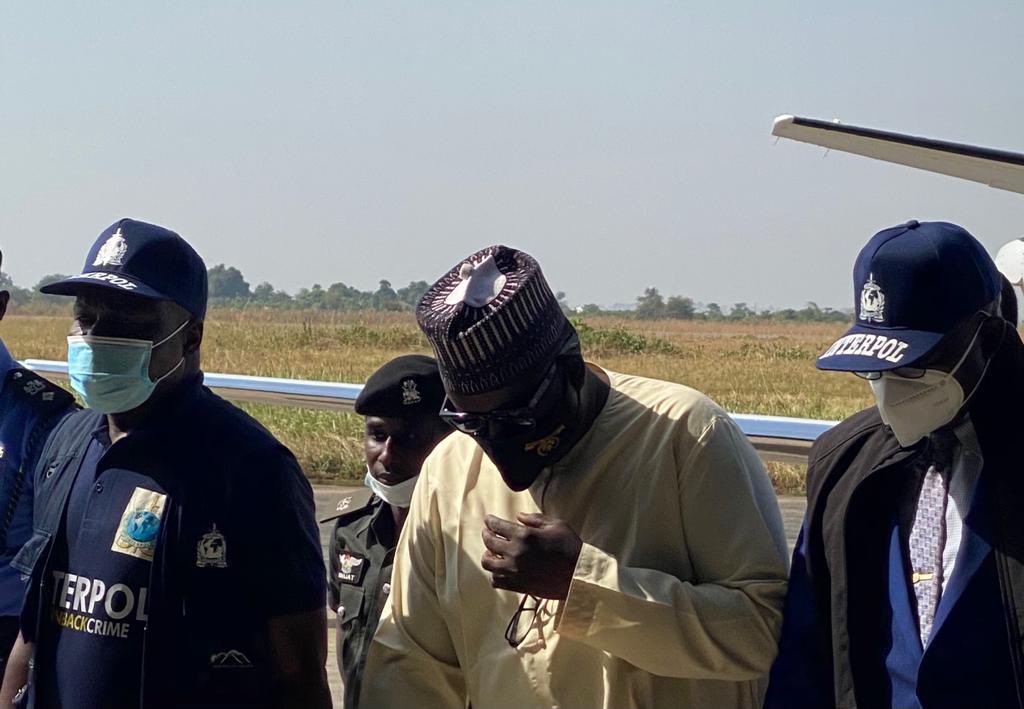 Chairman, defunct Pension Reformed Task Team (PRTT), Abdulrasheed Maina, has been reported absent in the courtroom because of knee problems.

An officer of the Nigerian Correctional Service (NCS), Kuje stated this at the Federal High Court sitting in Abuja on Friday morning.

The officer, who did not mention his name in the open court, told Justice Okon Abang shortly after the matter was called.

Justice Abang had asked the officer why the defendant (Maina) was not produced in court.

The judge directed the court registrar to pass a paper to the prison officer to write his name. Responding, the officer said Maina was not in the courtroom because he was having a problem on his two knees.

He, however, said though he was not in the courtroom, the former pension reformed boss was in a car outside the court premises.

“My lord, the defendant is in the car outside. He has a problem with both kneels,” he said.

Abang then directed the registrar to tell him if he received the hearing notice for the sitting and that court sits at 9 am.

Justice Abang, then, recorded that Maina was absent for the. proceeding.

Maina is handing trial on alleged money laundering to the tune of N2.1 billion

Meanwhile, recall that on June 17, that the Economic and Financial Crimes Commission (EFCC) had urged the Chief Judge of the court, Justice John Tsoho, not to reassign some cases, including Maina’s suit, to another judge.

The anti-graft commission was reported to have applied to Justice Tsoho for a fiat to allow Justice Abang, the presiding judge in these cases, to conclude the matters.

The development followed the transfer of Abang to Warri division of the court in a March 16 circular signed by Tsoho.

Justice Abang was replaced by Justice D.U. Okorowo at the Abuja division.