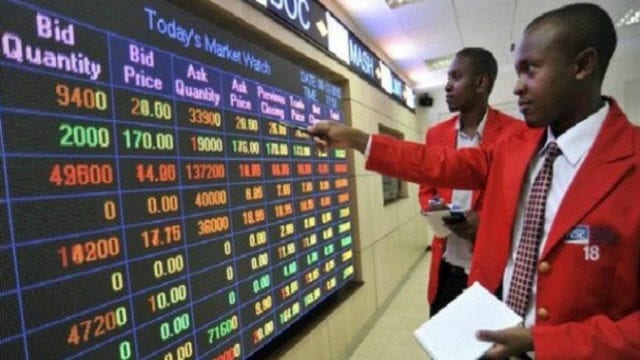 The nation’s bourse extended its losing streak to four consecutive trading sessions on Thursday with the All-Share Index contracting further by 0.01 per cent on sustained sell-offs of banking stocks.

The performance was buoyed by investors’ profit-taking sentiments in all the major sectors except oil & gas stocks.

Consequently, month-to-date and year-to-date losses stood at 0.1 per cent and 2.7 per cent, respectively.

Similarly, the market capitalization inched lower by N2 billion or 0.01 per cent to close at N20.424 trillion from N20.426 trillion posted on Wednesday.

The market breadth closed negative with 21 losers in contrast with nine gainers.

Cornerstone Insurance led the losers’ chart in percentage terms by 7.69 per cent to close at 48k per share.

On the other hand, Chams drove the gainers’ chart in percentage terms by 4.76 per cent to close at 22k per share.

This was against a turnover of 354.06 million shares valued at N3.20 billion shares transacted in 4,095 deals on Wednesday.

Transactions in the shares of FBN Holdings topped the activity chart with 97.73 million shares worth N729.64 million.

52 / 100
Powered by Rank Math SEO
Related Topics:ExchangeInvestorNGX
Up Next 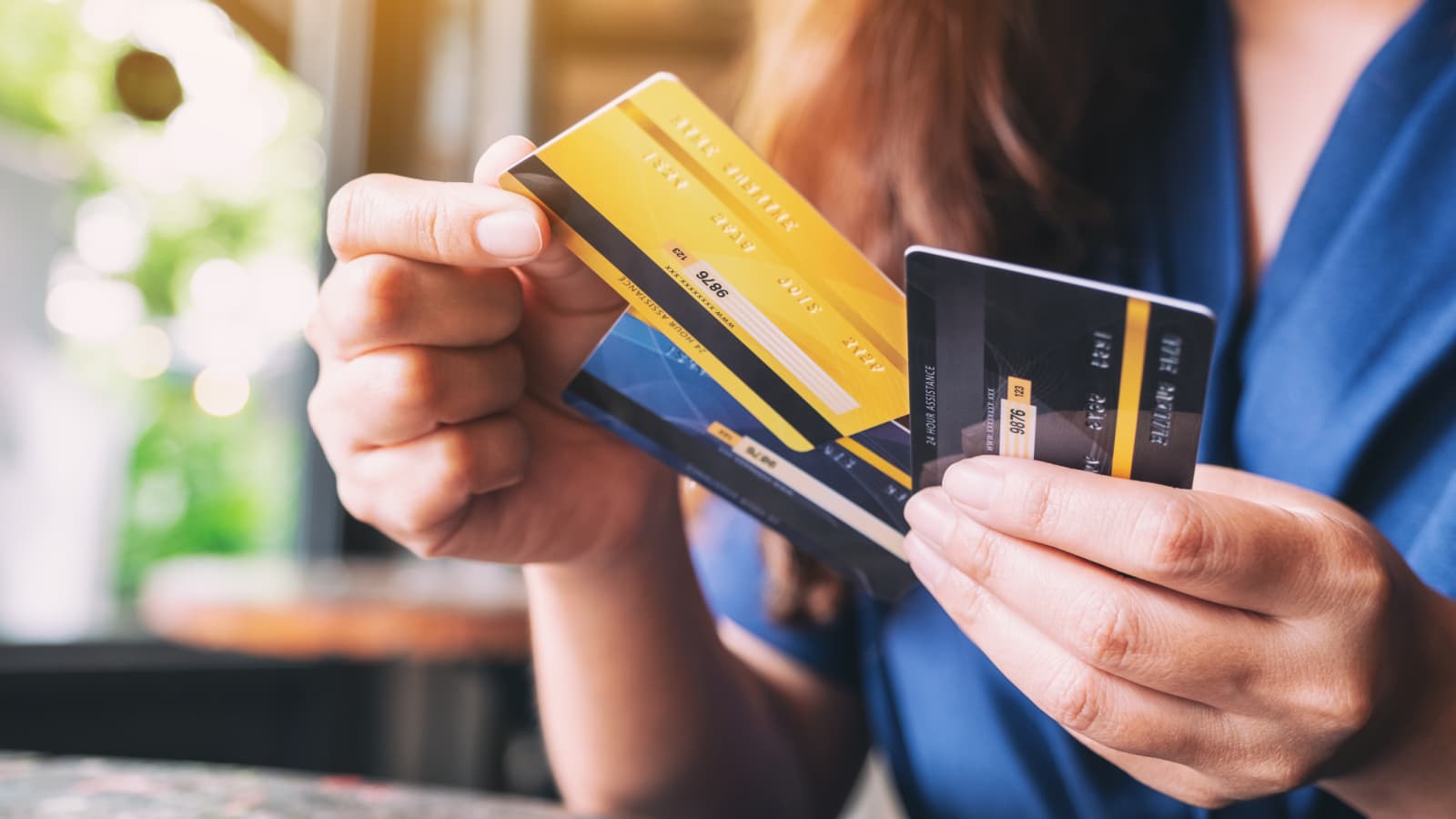 A new study from Juniper Research has found that the value of transactions made over prepaid cards will exceed $4.1 trillion globally in 2026; up from $2.3 trillion in 2021 – a substantial growth of 75%.

By 2026, prepaid card transaction value will be just over 50% higher than that forecast for contactless payment transactions; illustrating the importance of this market.

The growth in prepaid cards will be driven by the ongoing replacement of cash, as economies move increasingly towards digital payments.

The research identified prepaid cards as being critical to ensuring that the unbanked are included in the rush for digital payments. The research recommends that vendors focus on building robust distribution platforms that can cope with issuing cards at scale and at low cost, or they will lose out to better-equipped vendors.

The new research, Prepaid Cards: Trends, Vendor Strategies & Market Forecasts 2022-2026, found that the growth of the prepaid market will present a significant revenue opportunity for prepaid card platforms, with fee revenue reaching over $32 billion globally in 2026, from $22 billion in 2021. The report recommends that focusing on critical capabilities, such as restricted authorisation, which enables issuers to specify where funds can be spent, will pay dividends in the longer term.

US Is Largest Prepaid Market, but Other Opportunities Emerging

The research found that while the US will account for over 43% of global transaction values in 2026, there are other significant opportunities emerging. China is seeing increasing prepaid use, and as international tourism recovers, prepaid cards for travel money can benefit. The report also highlighted emerging markets as a key area of interest and recommended that platforms form partnerships now in order to best exploit future opportunities. 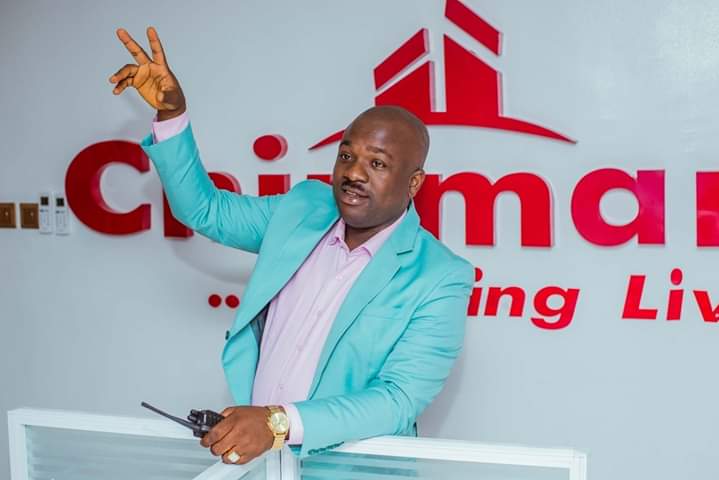 The Securities and Exchange Commission (SEC) has warned members of the public not to deal with FinAfrica Investment Limited owned by Marksman Chinedu Ijiomah and Poyoyo Investment (Pilvest) Nigeria Limited.

Marksman Chinedu ijiomah, the Chairman/President of Chinmark, under which one of its subsidiaries (FINAFRICA INVESTMENT LIMITED) operates an investment scheme, uses the power of his huge Facebook followership of over 300,000 to advertise his companies and activities, as shown in a cursory look at his social media wall.

The statement reads: “The attention of the Securities and Exchange Commission, Nigeria (“SEC”) has been drawn to the activities of an Illegal Operator (FINAFRICA INVESTMENT LIMITED).

“The Company claimed to be an Investment Company that engages in Business Development in Commercial sectors of the economy and uses the funds in entities under Chimark Group.

“The Commission hereby notifies the investing public that neither FINAFRICA INVESTMENT LIMITED nor Chimark Group is registered by the SEC and the Investment Scheme promoted by these entities are also not authorized by the SEC.

“In view of the above, the general public is hereby WARNED that any person dealing with the within named Company in any capital market related business is doing so at his/her own risk”.

In the same vein, SEC described the business of Poyoyo Investment (Pilvest) Nigeria Limited as a “Ponzi scheme”, where returns are paid from other people’s invested sums.

The commission said its attention had been drawn to the electronic and WhatsApp messages being circulated to investors on behalf of Poyoyo Investment (Pilvest) Nigeria Limited.

In one of the messages, Pilvest said it offers a 20% return on investment (ROI) on a minimum capital of N100,000 invested for a period of one a month.

“The Commission hereby notifies the investing public that Poyoyo Investment (PILVEST) Nigeria Limited have no tangible business model; hence it is a PONZI SCHEME where returns are paid from other people’s invested sum. Also, its operation is not registered by the Commission,” the circular reads.

IMPORTANT NOTE: Please note that the exchange rate changes hourly.… it depends on the volume of dollars available and the Demands. What it means is that…you can buy or sell 1 dollar at ₦565 and the price can change (high or low) within hours.

The exchange rate between the Naira and the US dollar according to the data posted on the FMDQ Security Exchange where forex is officially traded showed that the naira opened at ₦413.85 per dollar on Monday, 6 December 2021, after it closed at ₦414.73 per $1 on Friday, 3 December 2021. This represents a change of -0.05.

How much is Exchange Rate of Dollar to Naira in Black Market today?

Even though the dollar to naira opened in the parallel market at ₦565 per $1 today, Crystal News reports that the Central Bank of Nigeria (CBN) does not recognise the parallel market, otherwise known as the black market. The apex bank has therefore directed anyone who requires forex to approach their bank, insisting that the I&E window is the only known exchange.

Meanwhile, Crystal News reports that the USD started this week at ₦565 in Parallel Market also known as Black Market on Monday, December 6, 2021 in Lagos Nigeria, after it opened at ₦558 last week Monday, November 29, 2021.

Disclaimer:Crystal News does not set or determine forex rates. The official NAFEX rates are obtained from the website of the FMDQOTC. Parallel market rates (black market rates) are obtained from various sources including online media outlets. The rates you buy or sell forex may be different from what is captured in this article.