The police officer was said to be in her house in Odili estate at Ahoada LGA on Sunday, September 19, 2021. when four armed masked men invaded the apartment and whisked her away.

According to AllNews Nigeria, the kidnappers are demanding a sum of 5 million naira for her release.

The source said, “About 11 pm on the 19th of September, 2021, the came into her apartment to Odili estate at Ahoada LGA. They asked her to bring the money she has at home, she told them she has no money that was how she was forced k to follow them.

“She was only clad in the wrapper on her chest, she pleaded with them to allow her to change into another outfit. After changing clothes, she was taken away.

The incident has been reported to the Ahoada police command and investigation is currently ongoing. 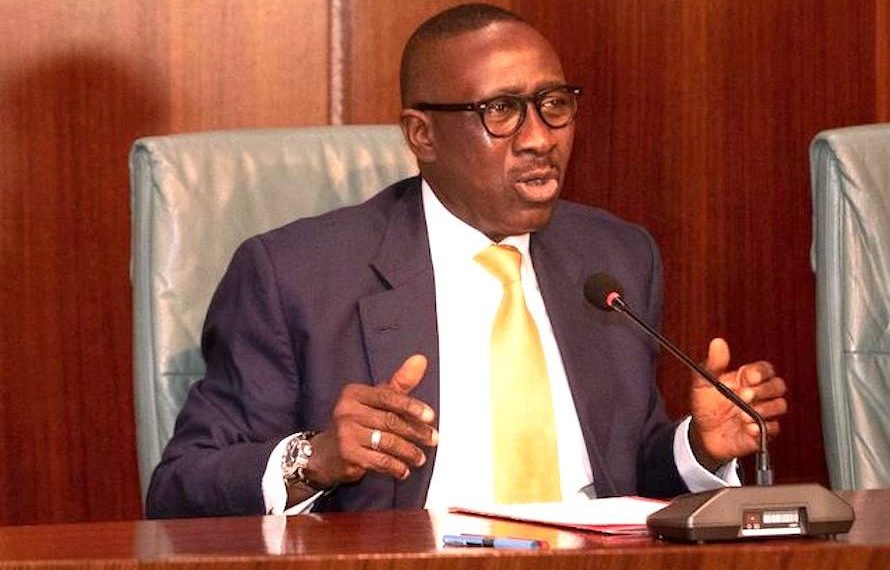 The National Security Adviser (NSA), retired Maj.-Gen. Babagana Monguno, has urged the armed forces of Nigeria and other security agencies to exploit more of cyber technology in their quest to safeguard national security.

Monguno, made the call at the Defence Space Administration (DSA) Cyber Security Awareness Day 2021 with the theme, “Developing Cyber Capabilities for the Enhancement of Armed Forces of Nigeria Operations and National Security” on Thursday, in Abuja.

The NSA was represented by the Director, Policy and Strategy, Office of the National Security Adviser (ONSA), Amb. Aminu Lawal.

He said that Nigeria, like several other countries across the globe was currently witnessing a surge in digital transformation with many new activities migrating to the Internet especially with the advent of the coronavirus pandemic.

He said that the trend had created an opportunity for government to redefine its national objectives and address some of the major developmental challenges currently facing the country, including the emergence of new forms of criminality and terrorism perpetrated through the cyberspace.

According to him, the transformation is a vital priority for the armed forces and security agencies because of the enormous benefits they stand to derive from the cyberspace.

“It is pertinent to note that digital transformation in the armed forces is no longer about innovation but is considered as culture because of the exponential rates of accepting technology and its dynamism.

“The use of the cyberspace is increasingly impacting almost every aspect of our lives as a country and armed forces of the world exploit its benefits to transform their economies and operations.

“Also, the cyberspace is fast evolving, creating technologies, dismantling barriers to commerce, security and allowing seamless communication across borders for people to collaborate and share information,” he said.

Monguno said that cyberspace had been regarded as the fifth domain and newest theatre of warfare after land, sea, air and space, adding that conflicts in cyberwar were rarely military-on-military because of its borderless nature.

He, however, said there was need for the military through DSA in collaboration with ONSA to consolidate and redouble efforts for a more resilient infrastructure, enhanced capacity against cyberattacks and sustainable service delivery.

He commended DSA for organising the event to discuss ways to create opportunities from the nation’s cyber space for economic and operational planning.

Earlier, the Chief of Defence Space Administration (CDSA), Rear Adm. William Kayoda, said that DSA had entrenched the value of space to support the operations of the armed forces, especially on how space systems infrastructure would apply to national critical functions.

Kayoda said the Administration had continued to provide resilient cyber security solutions in the protection of Nigeria’s cyber space.

He said such were, especially, in the regulation, monitoring, vulnerabilities penetration assessment, testing and mitigation exercise to safeguard military and other security agencies’ websites and servers.

He added that DSA also followed the trends and ensure cybersecurity maturity model certification were sustained in the understanding of latest requirements.

According to him, the global re-occurring supply chain attacks that are very destructive, especially malware and ransomwares attacks, call for adherence to developing and sustaining basic cyber security hygiene.

“In the Nigeria security perimeters, Multi-Factor Authentication, system control, hygiene culture, training, enforcement, segmentation, control of routine networks, physical access at all times, collaborations, end source investigation amongst others in line with global best practices must be our priority.

“This is very relevant as trust model for all devices has revealed the need for zero trust for machines due to vulnerabilities.

“Adherence to procedures, monitoring, reporting and policy compliance and enforcement devoid of complacency by cyber analyst, Network administration and other end users is important,” he said.

The CDSA disclosed that the cybersecurity awareness month was organised to increase sensitisation efforts on models to mitigate cyber threats and build national cyber resilience to shape cyber security standard, particularly information sharing and identifying critical solutions for implementation at all government levels.

In his goodwill message, the Ministry of Defence, retired Maj -Gen. Bashir Magashi, commended DSA on its unrelenting efforts towards creating a robust indigenous space competence capable of producing and utilising space assets to meet the operational requirements of the Nigerian armed forces.

Magashi said the awareness week was a critical step in addressing increasing cyberattacks on businesses and even the military.

He said that creating awareness of this menace was imperative especially with the drive for global connectivity, usage, recent launch of the e-naira by Mr. President and prevalence of more sophisticated cyber security attacks.

“No doubt, this exercise if sustained will go a long way in curbing new cyber threats and promote the proper use of the social media.

“On this note, I urge the participants to take full advantage of this Workshop and wish the DSA well in the pursuit of its mandate,” he said.

According to reports, the abductors were said to have contacted the family early on Wednesday and demanded the sum of N50 million as ransom.

An eyewitness revealed that the gunmen had besieged a house located in the town around 9.30pm, shot sporadically into the air and made away with eight occupants of the building.

The gunshots that lasted for over one hour were said to have terrified the residents of the community.

The source said the owner of the building was preparing for his mother’s burial and the preparations were said to have been on top gear when the evil men struck.

“The men numbering seven came around 9.30pm with guns and surrounded the building. They fired gunshots sporadically.

“As the occupants of the house were coming out, they were grabbed and made to lie face down. They were later taken away into the bush. They were 14 initially, but six of them escaped into the bush”.

He added further: “Earlier today (Wednesday), one of the family members received a call from the abductors demanding for a ransom of N50m”, he said.

The source added that absence of police stations in Itapaji -Ayebode and Irele-Oke Ako axis was responsible for the increasing cases of kidnapping in the area, saying the nearest police station is in Ikole Ekiti, which was over 40 minutes drive to the troubled spots.

Speaking to newsmen, Sunday Abutu, said: “The command is working on the information already. Special police operatives as well as the JTF have been deployed the area to ensure they rescue the victims and for possible arrest of the culprits”. 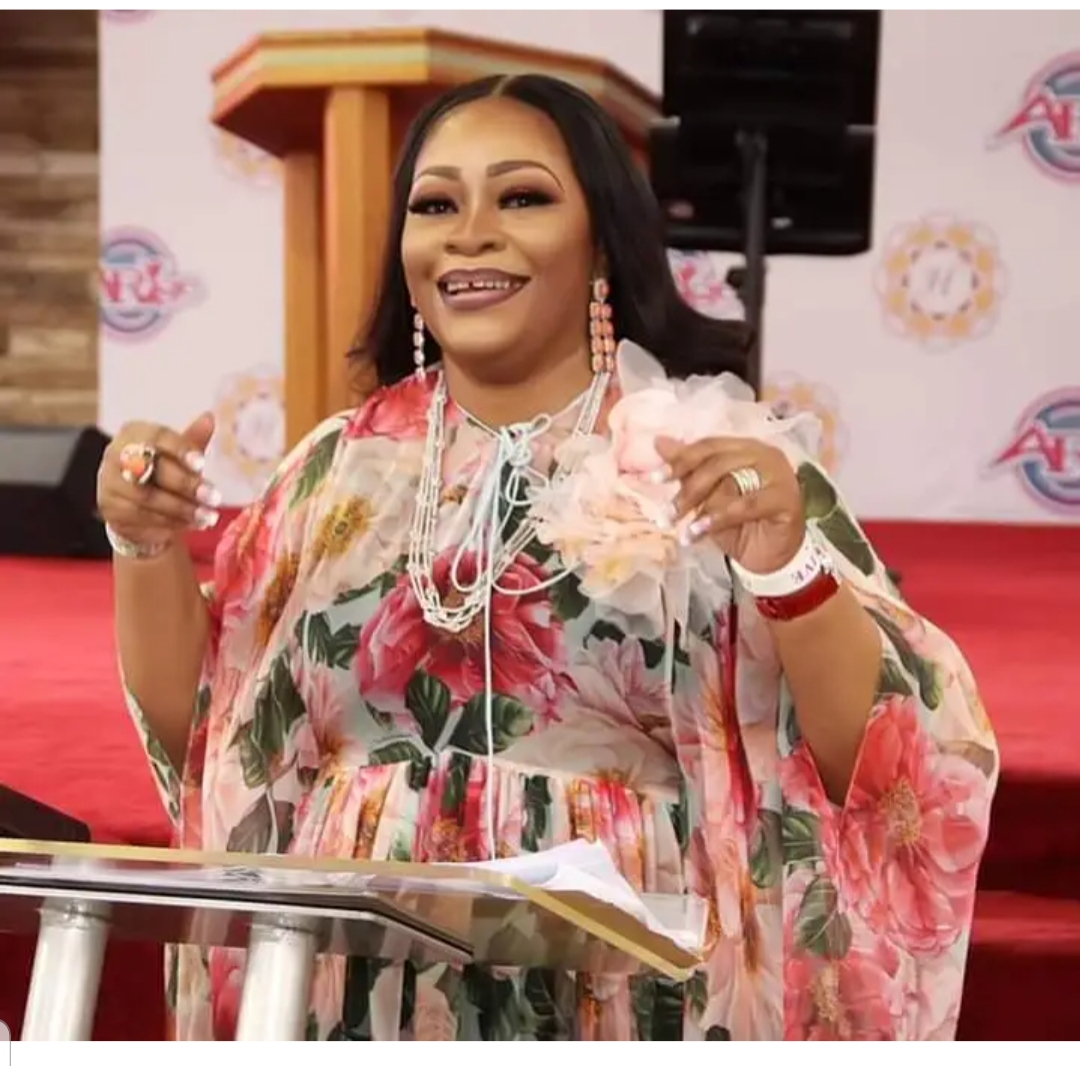 All is now set for the 2021 Arise Women Conference where prominent women leaders within the Country will converge for the most anticipated assemblage of powerful, influential female professionals.

The annual conference put together by its Convener, Arise Women, Dr. Siju Iluyomade, is marking its 13th anniversary and it will be witnessing a couple of these women leaders speaking to a large audience of different statuses, mostly virtual due to the covid-19 protocols on the involvement of women in nation-building and empowerment

Crystal News reports that the 2021 Arise Conference edition which will hold at the Recreation Complex of the Redeemed Christian Church of God, City of David, Lagos on Saturday 30th October 2021 is tagged #REVIVE and is poised to attract millions of viewers, as the event will be televised Live on Channels TV and will also be streamed live on all social media platforms of Arise Women.

According to information made available to Crystal News by the organizers led by Dr. Siju, not less than Six Wives of different State Governors will be participating in Arise Conference this year, Some of them include, Mrs. Ibijoke Sanwo-Olu of Lagos, Mrs. Bisi Fayemi of Ekiti State, Engr. Olunfunke Makinde of Oyo-State, Barr. Chioma Uzodinnma of Imo State and Dr. Zainab, Bagudu, Kebbi State.

Others expected include the wife of Deputy Governor of Lagos, Mrs Oluremi Hamzat, Minister of Women Affairs, Mrs Pauline Tallen, Senior Special Assistant to the President on Sustainable Development Goals, Mrs Adejoke Orelope-Adefulire among others.

The Arise Conference venue has also been given go-ahead for the Covid-19 vaccination by the Lagos State Government due to its contribution to the health sector in the State over the years. This will give the opportunity to many people who are yet to be vaccinated against the deadly virus to do so.

Arise Women has played a major role in contributing to the empowerment of the less privileged in Nigeria building Schools, Hospitals, Boreholes Constructions for Communities, Ambulances for hospitals, Skills Acquisition programs and so many other interventions to support the government