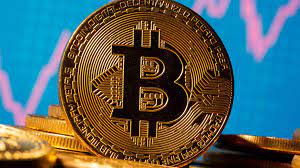 Bitcoin hit $60,000 for the first time in six months, nearing its record high, as traders grew confident that United States regulators would approve the launch of an exchange-traded fund (ETF) based on its futures contracts.

Cryptocurrency investors have been waiting for approval of the first U.S. ETF for bitcoin, whose recent rally has been fuelled in part by anticipation of such a move, which was seen as speeding up the mainstream adoption of digital assets.

According to reports, the U.S. Securities and Exchange Commission (SEC) is set to allow the first U.S. bitcoin futures ETF to begin trading next week, “It is widely expected that Q4 will see significant progress around a bitcoin ETF in the U.S.,” Ben Caselin, head of research and strategy at Asia-based cryptocurrency exchange AAX, said.

Friday’s moves were spurred, he said, by a tweet from the SEC’s investor education office that stated: “Before investing in a fund that holds Bitcoin futures contracts, make sure you carefully weigh the potential risks and benefits.”

Several fund managers, including the VanEck Bitcoin Trust, ProShares, Invesco, Valkyrie and Galaxy Digital Funds have applied to launch bitcoin ETFs in the United States. Crypto ETFs have been launched this year in Canada and Europe.

“We have seen more institutional build-up, especially in the past few weeks, than we have at any time since the (bitcoin price) crash back in April,” said Noelle Acheson, head of market insights at Genesis Global Trading.

SEC Chair Gary Gensler has previously said the crypto market involves many tokens which may be unregistered securities and leaves prices open to manipulation and millions of investors vulnerable to risks.

According to Bloomberg report, citing people familiar with the matter, said that proposals by ProShares and Invesco are based on futures contracts and were filed under mutual fund rules that Gensler has said provide “significant investor protections”.

The SEC did not immediately respond to a request for comment on the Bloomberg report.

69 / 100
Powered by Rank Math SEO
Related Topics:BitcoinCrystal News
Up Next

Intel CEO To Compete Against Apple

Lagos State Governor, Mr. Babajide Sanwoolu is living  up to his campaign promises to make the state  more convenient to live for resident as well and one of the most beautiful states in Africa.

The governor since he got elected in 2019 hit the ground running improving the State’s socio-economic development, as well as security of lives and property, carefully fulfilling  the six pillars of the T.H.E.M.E.S development agenda.

“The acronym, T.H.E.M.E.S, represents the six pillars of the State’s strategic development agenda, namely: Traffic Management and Transportation, Health and Environment, Education and Technology, Making Lagos a 21st Century Economy, Entertainment and Tourism, as well as Security and Governance”.

The construction of the project that is expected to commence in September, 2022 and complete under 12 months plans to support Lagos state on its mission to develop a multi-modal transport infrastructure through the delivery of a safe, efficient and affordable means of alternative transport on the inland waterways for the people and business of the state.

It is part of government effort to solve the transportation challenges in the state through the development of an efficient integrated multi-modal transportation system by encouraging private investment  in the sector. The project is in conjunction with Lekki Estate Ferry Terminal Limited and Plaform Capital who is investing millions of dollars for the project.

The infrastructure component of the project includes Shopping malls, car parks that would accommodate over 200 cars, floating restaurants and lounge, health safety and environmental services

The project is also aims to develop a ferry terminal along Admiralty way water front in Lekki Phase 1 belonging to Lagos state Ministry of Transportation, procure state of the art passenger ferries and operate water transportation services for the citizens residing in Lekki, Ajah, Igbo Efon, Ikota, Awoyaya, Lakowe, Sangotedo and its environs.

It is also intended to complement the efforts of state government in addressing the critical infrastructure shortage and bringing the dividend of democracy to the people through collaboration under a Private Partnership (PPP) with Lekki Ferry Estate.

Lekki Estate Ferry incorporated as an SPV to build, manage and operate maritime passenger and freight services. The company will offer transport services through its fleet of ferries with routes that include Lekki to Marina, Lekki to Ikorodu, among others.

In business, Nigerian oil and gas top player, Jubril Adewale Tinubu, continues to set the pace. He wears his entrepreneurial strength and savvy like a badge of honour. For this Group Chief Executive of Oando Group, he stands tall as he wades through odds with the confidence of a champion. He isn’t afraid to put everything on the line and boldly step into the unknown. That’s why he makes history every hour as the head honcho of a leading oil firm with wide influence in Nigeria’s economic and business sector.

The shareholders laud Mr. Tinubu for his capacity and capability to steer the affairs of the company to success.

According to  reliable sources, the resolve of the shareholders to entrust their money  with Oando is proof of their abiding belief in the management led by Tinubu, who has continued to display rare leadership qualities.

Shareholders at the meeting commended Oando’s management for appointing two women to the Board of Directors. Patrick Ajudua an Oando shareholder said: “I want to commend the management for the appointment of Mrs. Ronke Shokefun and Mrs. Nana Mede as Directors, and we hope that they will bring value to us.”

Buttressing Mr. Patrick’s comment, Dr. Farouk Umar, an Oando shareholder said; “I thank you for bringing two women to the board. This is a happy development, I hope that when we have a casual vacancy, we should fill it with a woman.”

One recurrent topic among all shareholders who spoke at the meeting was the issue of insecurity in the country such as vandalism, banditry, and terrorism amongst others. Shareholders implored the government to partner with various stakeholders both in the public and private sectors to resolve this issue which they described as crippling the economy.

Commenting on this, Patrick Ajudua said, “I want to assure you of our support to Oando and once we can solve these lingering issues of oil theft, we will be able to enjoy the fruit of our labour.”

Leaders of the various shareholders and proxies encouraged Oando’s management to focus on corporate actions that would be beneficial to all. Specifically, one shareholder applauded the company’s recent partnership with Lagos State for the launch of electric mass transit buses. They also encouraged the management team to maintain its tenacity in striving for company growth.

In addition, the motion to re-elect Ernst and Young (EY) as Auditors of the company wasn’t proposed following confirmation by Mrs. Ester Ajibola, the representative of Ernst and Young at the AGM, that EY has resigned as auditors of the company following years of successful service. She confirmed that the resignation had nothing to do with Oando or its management. She said, “there are no circumstances connected with the resignation that should be brought to the notice of the members or creditors of the Company.’’ In view of this, Oando has confirmed the appointment of BDO Professional Services as its Auditors

In response to shareholders’ statements, the GCE, Oando PLC, Adewale Tinubu, reaffirmed the management’s commitment to continually do what’s in the best interest of shareholders.

Now with Oando in the ‘safe hands’ of Tinubu, industry watchers are of the views that the best of the company may have not yet been seen.

With his huge body of work available as evidence, no wise person will dare bet against the indefatigable Air Peace Chairman, Allen Onyema, as he focuses again on performing new streaks of magic.

The aviation top shot is not one of your run-off-the-mill businessman. In several ways, he has proved to be head and shoulders above several competitors in the industry having proved himself to be one of the few Nigerians that rub shoulders with other top executives around the world.

From law to aviation, this great achiever has soared high on the wings of his uncommon brilliance and business acumen to become a shinning light in the sectors.

Like the majestic eagle, he perches atop the leading airline, Air Peace. Vigilant-eyed and sharp-nosed, he has never disappointed his mentees and admirers, and he doesn’t look like he’s going to start now.

After delivering such a resounding slap to the face of his numerous doubters who insist on remaining blind and deaf to his incontestable greatness, he has continued to do triple digit successes in all of his endeavours.

While many of his counterparts continue to groan in the midst of unforeseen economic hardship, Onyema’s has kept with the quote of a notable Zimbabwe politician, Roy Bennett that says, “Your hardest times often lead to the greatest moments of your life. Keep going. Tough situations build strong people in the end.”

Under his watch, Air Peace has confidently kept to this vision of providing seamless connections and expanding existing network to accommodate the evolving air travel needs of the flying public.

Few  weeks ago, the airline expanded its network to Asia with the commencement of a direct one-weekly flight to Guangzhou, China.

It was gathered that a total of 240 passengers were carried out from Lagos directly to China on its Boeing 777 aircraft, while it also plans  to connect Beijing, Shanghai, others from Nigeria and utilising interline arrangement with Asian airline, soonest.

Many would recall that Air Peace successfully operated several evacuation/special flights to the country at different times in the past, especially in 2020, during the COVID-19 lockdown. After entering the China air travel market, Air Peace is now focused on growing its route networks to India and Israel.

Onyema began to show traces of greatness early in life. As a child, his dream was to become one of the greatest businessmen in the world. Luckily, providence has granted him his heart’s desire.

He has been able to stand tall despite all odds against him particularly in his business is what astounds many.

Nevertheless, he has never taken the grace of God in his life for granted.

All his life, he has always aimed for the best. Even so, he has an abiding trust in the almighty God. He remains unshaken even when things are difficult and seem almost impossible to actualise.

Earlier in life, he started off as a lawyer and later ventured into the real estate business. As fate would have it, he again joined the players in the aviation sector.

Today, he’s regarded as one of the major players in West Africa’s Aviation Sector.

He is graceful in his fine grasp of business intricacies, with a very strong sense of deep erudition in discussions, especially in the area of aviation as well economic development in Nigeria. Also, he  has deep fountain of knowledge and a shining light in the business firmament.

Those close to him revealed that he has remained relevant based on his wonted tenacity and doggedness.

No doubts, evidence abounds. Despite a series of negative media attacks targeted at maliciously denting the reputation he has built over the years with dedication, selflessness and hard work, he has always been vindicated.

The cosmopolitan business magnate, who had sowed in tears, is currently reaping bountifully, as his airline, Air Peace, is being showered accolades by all for its seamless services and good customer relations.

Leveraging on his intelligence in the business, Onyeama has been able to move his company from an indigenous airline leasing a few planes to owning fleets plying international routes; thus, putting Air Peace in the leagues of industry players in Africa and the rest of the world while also according Nigeria the great prestige she deserves among the comity of nations.

He has created well over 5000 jobs through the establishment of Air Peace in 2014. And in less than eight  years, the airline has grown to own the largest fleet in West Africa.