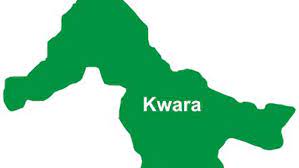 Trouble looms after the Kwara state Government terminated the contract of the Social Waste collector due to its inability to meet the relevant Service level agreements.

The contract of the waste collector was terminated by the government without any alternative waste-collecting procedure put in place to prevent residents from indiscriminate refuse disposal and removal of already disposed waste across the state.

With this new development, the heap of refuse that had once disappeared across the state may begin to return and possibly aid the resurgence of polio, cholera outbreak and other ailment synonymous to improper waste disposal.

This could become worse in the state still battling to address open defecation and poor sewage system which had remain part of environmental and health concerns across Kwara.

Speaking on the action, Commissioner for Environment, Remilekun Banigbe, yesterday said that decision was taken in the interest of the residents, assuring that the government would engage a better contractor for the exercise.

Banigbe added: “The wellbeing of the good people of Kwara remains paramount to His Excellency, the Executive Governor of Kwara State, AbdulRahman AbdulRazaq, hence we will be leaving no stone unturned to ensure a more hygienic environment for all and sundry”.

She noted that the government has commenced immediate search for a new contractor that could effectively manage waste collection across length and breath of the state.

“On this note, the Ministry of Environment hereby invites Submission of Interest from the general public for the vacancies created”, the commissioner added.