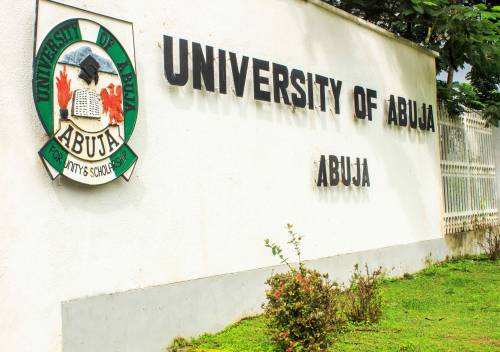 Gunmen on Tuesday morning invaded the staff quarters of UNIABUJA and abducted a professor, two of his children and some others.

The abducted professor was identified as Obansa Joseph while the names of the professor’s two children who were also abducted could not be confirmed as of the time of filing this report.

The names of the professor’s two children who were also abducted could not be confirmed as of the time of filing this report.

The other victims included those who were simply recognized as “Barrister John, Fidelis and Mallam Sambo.”

The university’s spokesman, Habib Yakoob, confirmed the development, saying the victims are about six in number.

“Yes, I just confirmed that the information is true. Apart from the professor and his children, a non-academic staffer was also involved. They are about six victims,” Yakoob said.

He, however, added that security operatives have been mobilized to secure their freedom.

“They are on their trail,” the spokesman said on the phone.

The victim, Obansa, is described as a “distinguished economist of repute”.

He has published extensively in reputable national and international journals and has served in different management and administrative capacities within the University of Abuja.

As of the time of filing this report, the FCT Police spokesperson, Josephine Adeh, had yet to respond to phone inquiries concerning the attack.

Virtually all parts of the country are currently witnessing worsening insecurity and a spike in crimes as security operatives battle to halt the surge.