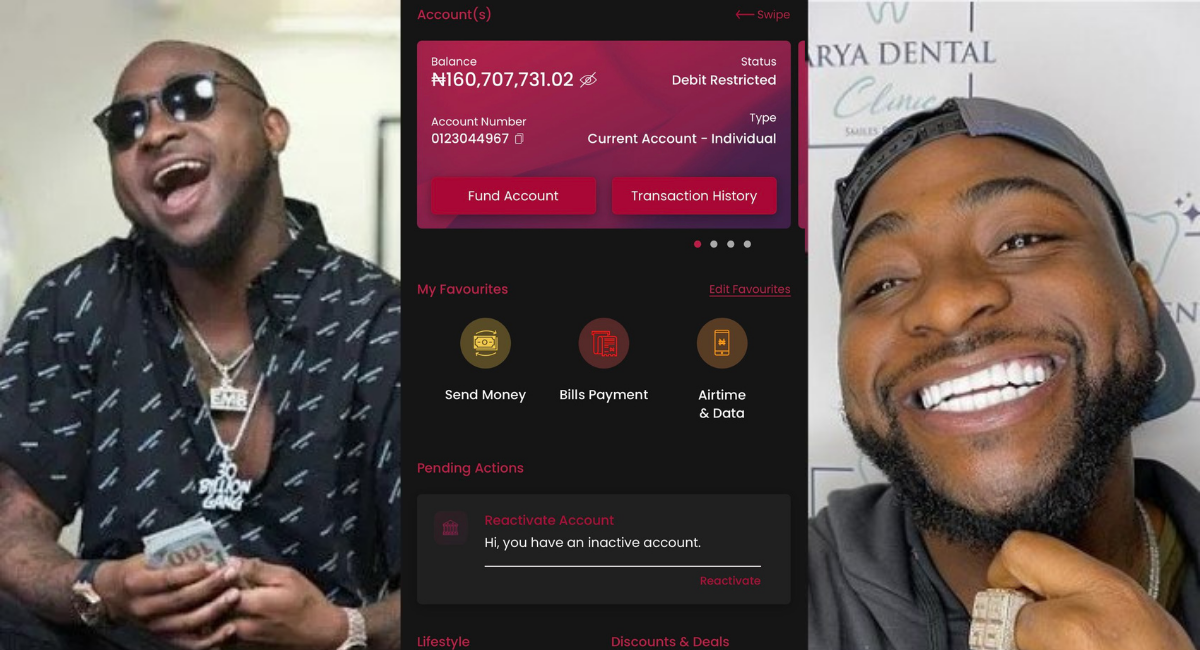 David ‘Davido’ Adeleke has been summoned by Wema Bank over his N100 million fund raise from fans.

Davido got the social media space buzzing after getting over one hundred and forty-two million Naira for a project from people including friends, family members, and fans.

Davido had posted on his Instagram story, requesting ₦1m each from friends, fans, and family members for his birthday. What started as probably a joke, spread like wildfire with many people scrambling to join the trend.

Davido had written: “We rise by lifting others abi? Me I don dey rise dey lifting others for the past 100 years. So, I want to know who my friends are. All of my friends one one million Naira. They said we are 30BG. If you don’t send your own. You out of here. You are gone (sic).”

After the social media post, people started donating to his account. Some gave the ₦1m requested, others gave much more while the amount donated by some well-known figures in the society were not revealed.

Brands also joined in the donation while kid comedians, Ikorodu Bois, chipped in with ₦5000.

The monetary donations had hit over ₦160m as at the time this report was filed by ENigeria Newspaper.

The singer while giving further updates on the contributions, revealed via his verified Twitter handle that Wema Bank (whose account he’s using to receive the donations) wants to have a meeting with him.

The reason for the summons is a little bit sketchy but it is connected to the large inflow of cash Davido got today.

60 / 100
Powered by Rank Math SEO
Related Topics:Crystal NewsDavidoWema
Up Next