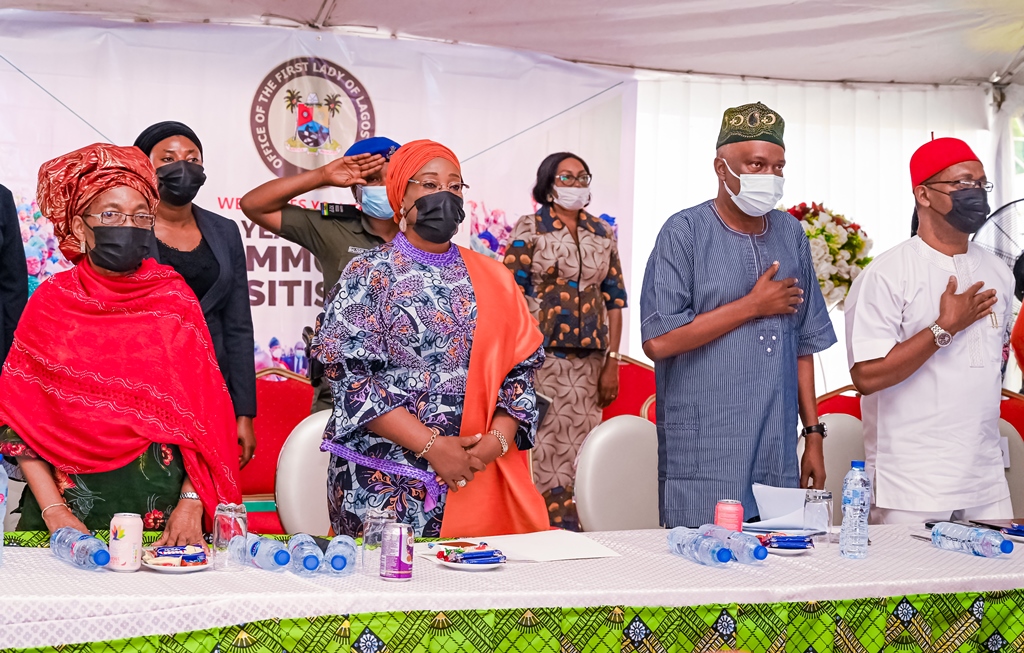 Lagos State Governor, Mr. Babajide Sanwo-Olu on Monday reiterated the commitment of his administration to completely stamp out rape and other forms of Sexual and Gender-Based Violence (SGBV), saying various initiatives have been put in place including strengthening of institutions to end the menace in the state.

The Governor, who was represented by the Commissioner for Housing, Mr. Moruf Akinderu-Fatai, said in the last two years, significant gains have been recorded in the war against Domestic and Sexual Violence.

“Institutions have been strengthened to respond appropriately, policies have been formulated and introduced in ensuring we provide holistic care and support to survivors, and we are also gradually ending the culture of impunity as evidenced in the convictions secured by the Ministry of Justice. In simple terms, we are indeed walking the talk.

“It is gratifying that the agency has leveraged technology through the introduction of the Gender-Based Violence Virtual and Referral System which provides uninterrupted access to GBV services. This enables survivors to have access to trained GBV service providers 24/7 through the established toll-free helpline (0 8000 333 333).

“In view of the public health implications as a result of the aftermath of Sexual Violence, the State Government, under the Lagos State Health Insurance Scheme has recently launched an Intervention Fund which now ensures survivors of sexual violence are able to access immediate medical attention at all Primary health Centers, General Hospitals and designated private hospitals at no cost,” the Governor said.

Earlier, the First Lady, who was represented by the Wife of the Deputy Governor, Mrs. Oluremi Hamzat said the programme was aimed at discussing issues that are germane to the welfare and wellbeing of citizens, especially SGBV.

She said Lagos was delighted to join the rest of the world to commemorate this year’s 16 days of activism against SGBV as declared by the United Nations, with the theme: “Orange the World: End Violence Against Women Now!”

Alluding to the case of a 10-year-old girl who was defiled by a 34-year-old married man said to be her father’s friend recently in Lagos, the First Lady said every necessary effort must be made for the prosecution of the perpetrator in accordance with the law.

“In Lagos State, we have zero tolerance for rape, defilement, and associated crimes. We have worked assiduously through a multi-sectoral stakeholders Initiative coordinated by my office to fight the menace in our state.

“It is gratifying that through these efforts, we have been able to record some landmark feats. These include the declaration of Surulere, Bariga, and Alimosho as rape free zones, presentation of three utility vehicles to critical agencies to support the fight against the menace, establishment of the  Lagos State Domestic and Sexual Violence Agency and the Sex Offenders Register that will provide a quantum leap in terms of the legal framework to significantly and frontally tackle the menace of domestic and sexual violence, name and shame perpetrators and most importantly provide adequate medical and legal support to the victims, among others,” she said.

As part of the programme, participants were lectured on the following topics: Training and Empowerment of Victims of Sexual and Gender-Based Violence; Boy Child Advocacy: The Need to Correct the Imbalances in Gender Preference For a Secured Society; Sexual and Gender-Based Violence: Insight, New Law and Response Protocol; and Awareness, Prevention, Diagnosis and Treatment of Tuberculosis.