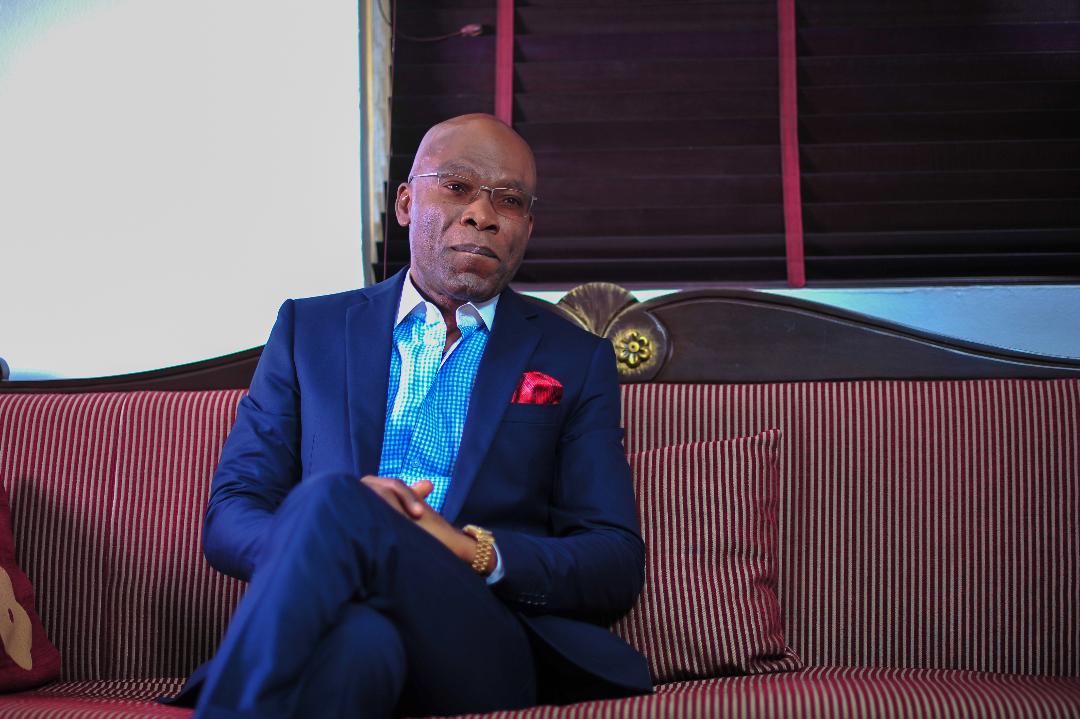 Serial digital entrepreneur and Chairman, Zinox Group, Leo Stan Ekeh, has committed the sum of over N500 million towards a novel initiative to create jobs and promote peace in Imo State.

Ekeh, a native of Mbaitoli in Imo State, announced the contribution during a quarterly Stakeholders Meeting/Luncheon hosted by the Imo State government on Tuesday, January 4, 2022.

The well-attended session, which was held at the Government House in Owerri, the Imo State capital, had in attendance Governor Hope Uzodinma, the Deputy Governor, Prof. Placid Njoku, members of the expanded State Executive Council, as well as serving and past Imo State House of Assembly members and representatives from the National Assembly.

Speaking during the event, Ekeh, who was the Chairman on the occasion, asserted that the 21st century is a knowledge economy that demands a new attitude and mindset. He added that hard work, brilliance, humility, and a firm belief in God are essential ingredients for success, even as he revealed that Imo State is blessed with a number of youths with these qualities.
Using himself as an example, Ekeh held that if he could achieve so much from nothing, certainly the current crop of young people in the state are better exposed, more brilliant and in a better position to achieve even more.

The digital entrepreneur explained that the N500m fund would be utilized in establishing a finishing school that would polish fresh graduates as well as the unemployed, equipping these beneficiaries with world-class skills that would transform them into highly sought-after prospects that can compete with their peers globally.

He added that the products of the school would become more marketable and would secure gainful employment in Nigeria and abroad, while also adding that he would source resource persons from around the world to mentor the beneficiaries and equally re-train their trainers.

Ekeh, who seized the opportunity to sue for peace in Imo State, also appealed to all aggrieved parties to forgive and forget the wrongs of the past, even as he urged them to join forces with the current administration to restore the glory of the state. In addition, he called on the media to exercise some restraint in their reportage and to refrain from unfairly portraying the state in bad light as a hotbed of insecurity.

‘‘I am not a politician and I will never be one in my lifetime. But nobody can convince me to fight against my state. Imo State belongs to all of us. We need to join hands with the current administration and whoever is in power to develop the state for our children and unborn generations,’’ he stated.

Further, Ekeh called on other well-meaning Imo indigenes at home and in the Diaspora to support the government and to join hands and commit to the latest project by volunteering to sponsor a minimum of five beneficiaries across each town through the finishing school.

He added that the project would commence with the best qualified five per town until every unemployed graduate is re-trained in Imo state.

‘‘Through this finishing school, we will equally train the trainers and leverage on our brothers and sisters, both in Nigeria and in the Diaspora with global competencies to re-train our unemployed and underemployed graduates to enhance their profiles in the global marketplace,’’ he submitted.

Also speaking at the event, Gov. Uzodinma, who delivered a scorecard of his administration’s performance within the past two years, hailed Ekeh for his unceasing contributions to the development of Imo State.

While thanking him for his many selfless and philanthropic gestures in the past, Uzodinma also expressed gratitude to the Zinox boss for his latest initiative, adding that the proposed project would go a long way in supporting the state government’s human capital development drive.

In addition to the finishing school which would be commissioned this year, Ekeh equally pledged to digitally upgrade and bring proceedings in the State House Assembly online, allowing Imo indigenes and members of the various constituencies across the state the opportunity to engage with their elected representatives more closely and in real-time.

There Is No Evidence Sylvester Oromoni Was Tortured — CP Odumosu