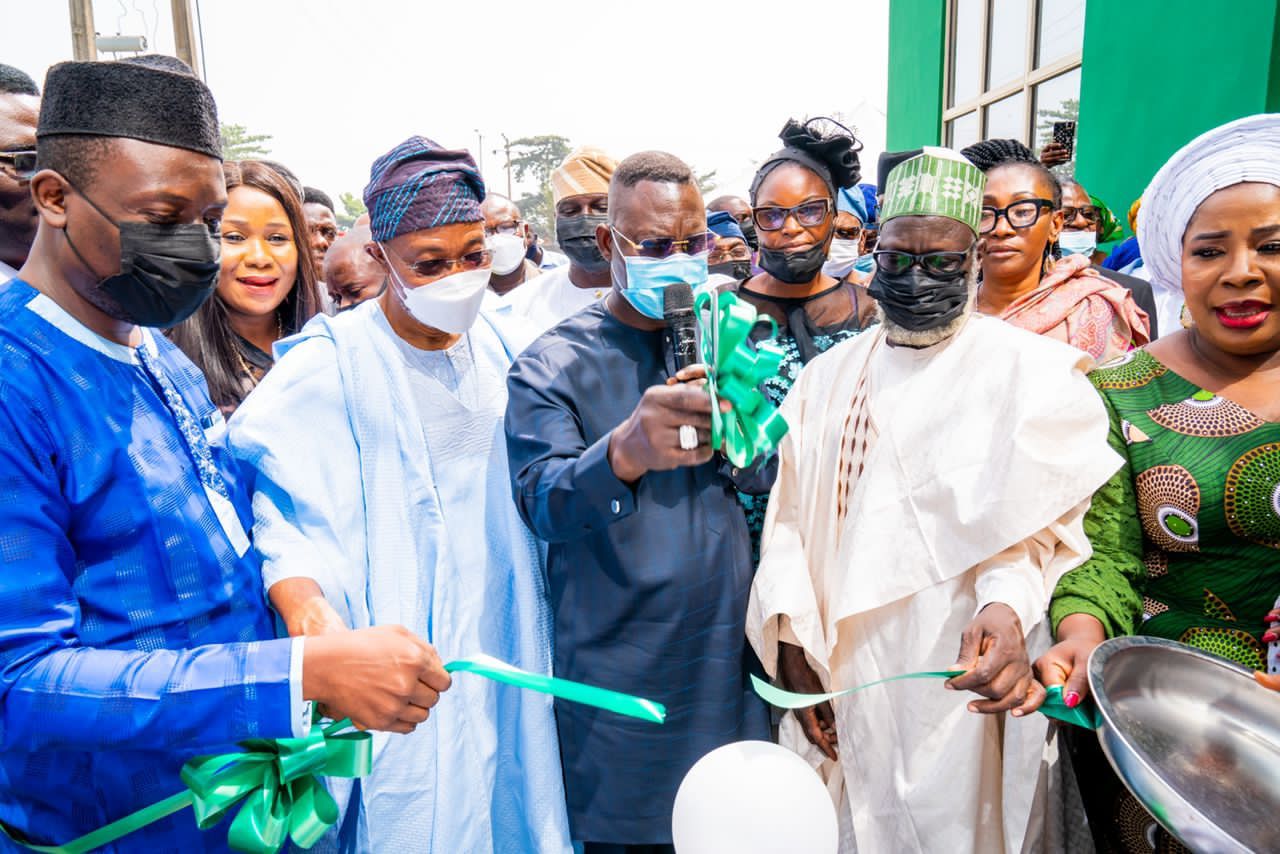 Professionals in the engineering field have been advised to up their game by proffering solutions to the many challenges facing society including its housing deficits.

Minister of Interior, Ogbeni Rauf Aregbesola, gave the advice at the 29th Founders’ Day Celebration of the Ikeja, Lagos Branch of the Nigerian Society of Engineers and the commissioning of the Engineering Resource Centre named in his honour, held at Ralph Alabi Engineering Centre, Ogba, Lagos, on Monday, January 31, 2022.

“I will urge engineers, in spite of the giant strides they have made, not to relent in their efforts at human development and progress in order to live up to the billing as merchants of applied knowledge. The best research and innovations will still take engineers to convert to reality.

“One major challenge of an urban centre like Lagos is housing shortage. According to the latest estimate, Lagos has 2.5 million housing deficits. This creates other problems of health, the environment and security.

“The overcrowding and high population density in some areas is a ticking time bomb in epidemics and pandemics of the future. Engineers should begin to design and construct low-cost houses that use less concrete and blocks and can be produced at very fast rate in order to decongest and restore sanity to these areas,” the Minister stated.

Speaking further on the role of professionals in setting minimum standards for development in the country, Ogbeni Aregbesola stated that professional bodies should put themselves in the position to ensure that the government is getting value for money on projects and that the public feel their impact on the way government conducts its business, so they can gain the respect and admiration of the public.

“More than anything, engineers and professionals in general, should re-horn their sense of role and responsibility to the society in a developing economy like ours. On roads, for instance, engineers and other professionals should come up on an annual basis the requirements and the cost of constructing different categories of roads in the different regions of the country.

“This will prevent just anyone from coming up with arbitrary figures that aid corruption and deplete public resources. Such template should be available on any public works. We need to entrench a culture of government officials and contractors being conscious that they are being watched and scrutinised and that they will be held accountable.

“Unless these professional bodies put themselves in the position to ensure that the government is getting value for money on projects and the public feel their impact on the way government conducts its business, they will find it difficult to gain the respect and admiration of the public and will be seen as part of the scams going on. In the developed world, it is these professional bodies that keep society in check and prevent people from going astray. Nigerian engineers therefore should be involved in the entrenchment of values – of works and service to the community,” Ogbeni Aregbesola stated.

The Minister also challenged engineers in the country to come up with creative ideas to provide energy and reduce the cost of electricity and petroleum products in the country.

“One other major national challenge is energy – for homes, vehicles and industrial uses. We have had enough talk on the energy deficits and challenges. Engineers should now take the lead. There should be new approaches to providing cheaper and affordable alternative sources of energy and conversion of our machines, vehicles and appliances to function with these innovations.

“When I visited Egypt some 10 to 15 years ago, I found out that most of their taxis were very old vehicles, none of them caused toxic pollution on the roads. That society as at then had perfected the use of gas to power their vehicles with the use of simple engineering equipment.

“I am therefore using this occasion to challenge our engineers to come up with very creative ideas to help the country reduce its cost of subsidising petroleum for Nigerians,” the Minister requested.

Speaking at the event, chairman of the occasion, Engr. T.S.G. Wudil, who is also the President of the Nigerian Society of Engineers, celebrated and appreciated the Ikeja Branch of the NSE for the visionary project, stating that when last he visited in 2015, many meaningful projects and contributions have been made to the Society by the branch.

“Since I came here in 2015, the branch has continued to grow and contribute to the professional development of Engineers in Nigeria.

“I can promise you that the national body will continue to support the growth of the branches and especially the Ikeja branch for its commitment to ensuring the professional development of her members,” the President stated.

Also speaking at the event, the special guest of honour, Dr. Taiwo Olayinka Afolabi, stated that he supported the project to ensure the growth of the Engineering profession.

“I personally supported this project to help bridge the gap between the classroom and the practising field. I’m sure with the opening of this building, the Rauf Aregbesola Engineering Resource Centre, the centre will help advance the cause of the Engineering profession in Nigeria,” Dr. Afolabi stated.