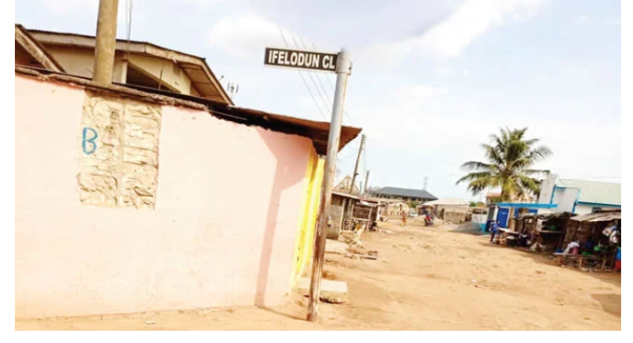 There is palpable tension in Ifelodun, Kuburatu-Agbede and other areas in the Ifako-Ijaiye Local Government Area of Lagos State after armed robbers invaded 10 houses and dispossessed occupants of their valuables.

Our Correspondent  gathered that not less than 15 armed robbers attacked the residents in their various homes around 1am, snatched a car belonging to a resident, and shot three persons attempting to stop their operations.

A resident of the the area who begged to appear anonymous revealed that the robbery operations were carried out within the space of three days.

Our correspondent gathered that the fear of the robbers returning for another attack had sent shivers down the spines of residents, who expressed concern about the activities of miscreants in the areas.

A community leader, Alhaja Tawakalitu Adigun, told newsmen that residents of the affected areas were still in shock over the last robbery, adding that the hoodlums also burgled a traditional healer’s office.

She said, “This has never happened before in the over 25 years that I’ve been residing here. I thank God that no life was lost. I am only pained that they took away my neighbour’s car. They came with bright halogen lamps and were peeping into various homes for any sign of movement so that they could force their way in.

“They came twice in the space of three days. They robbed four houses in the Kuburatu Agbede area before attacking six houses on Ifelodun Street. In fact, they visited the house of a traditional healer and harassed a woman, who was about to be delivered of a child.”

According to a reliable source in the area, three persons were shot when the robbers raided a house.

The source stated, “After raiding the house, they were on their way out when one of the robbers saw an iPhone charger. He ordered the owner of the charger to produce the phone.

“The person brought out the iPhone and they ordered him to unlock it. As the boy was trying to unlock the phone, the robbers accused him of wasting time and one of them angrily shot him in the thigh. They also shot two other persons from the same house. But one of them is now getting better.”

The traditional healer, Yinusa Ogunsola, said the robbers came with sophisticated weapons, harassed his wife and a woman who was in labour.

“They came to my place around 1am, tore the net and forced their way in. They asked for money and phones, and ordered the woman in labour to lie down. She was begging for her life. I was inside listening to their conversation with my wife.

“The robbers, who parked a vehicle in front of my office, were about 15. They also invaded my neighbour’s house. Everyone now lives in fear.”

It was gathered that the case was reported at the Alakuko Police Division.

When contacted, the state Police Public Relations Officer, Muyiwa Adejobi, said he would find out about the incident and get back to our correspondent, but he had yet to do so as of the time of filing this report.

54 / 100
Powered by Rank Math SEO
Related Topics:attackLagosrobbers
Up Next