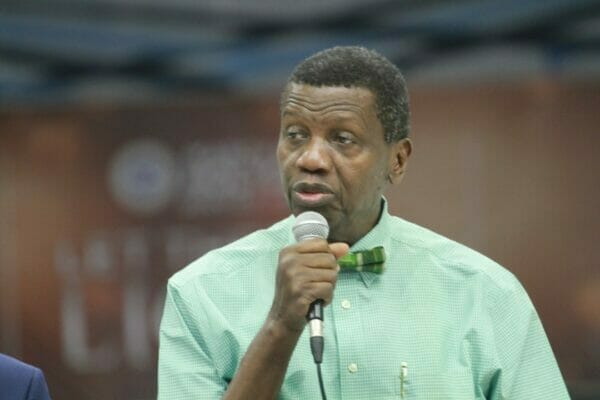 The Redeemed Christian Church of God (RCCG) has launched a dating site called Redeemers Connect, a trending courtship platform contending with Tinder, others.

“There is no marriage in heaven!” the church posted on its official Facebook page, days after the website of  (Redeemers Connect) went live. “We are here to help you connect and hopefully meet your better half.”

A visit to the website shows that the dating platform connects adults in preparation for courtship and marriage.

A statement on the dating site, users of the platform were advised to carry out their due diligence before connecting with other participants.

“The Redeemed Christian Church of God, City of David Parish makes no representations or warranties and expressly disclaims any and all liability concerning any damages sustained by any registrant as a result of connecting with anyone on this platform,” the disclaimer added.

How To Link Up On Redeemers Connect – Christian Courtship Platform Works

Per details available on the FAQ page of the website, “Redeemers Connect provides a safe, secure and trusted way to find and communicate with fellow Christian singles who are also in search of a life partner.

“As a courtship platform, Redeemers Connect is meant to support the efforts of brethren who are serious and ready to settle down in marriage with the right partner within 12 to 24 months after registering as a member”.

Even though membership registration is free. Access to other unique features of the platform is only available for paying subscribers.

Hade Hadekazt Page, “Thank God I have seen where I will marry my 2nd wife ,at least they are rich people in redeem

Tunde Olawale, “Why this dating site online from the church,so they don’t believe in the will of God anymore?

Kingsley Richardson Jr., “Too much holy holy preaching has landed so many young ladies in that church into being single for years,vast majority of them are above 40 as they are waiting for their miracle husband to come without dating.now see the end result.

Ibisanmi Glory Oluwatosin, “First, from the I scription of the post on the vanguard. It shows that I was not the whole of RCCG that is opening the site(if the parish did that). It showed that a parish name city of David or so is the one in charge of it with the name of the Pastor in charge of the church(If you know RCCG very well you will know that a parish could do any business or engage in an activity solely). But on getting to the site. I saw no inscription if the Parish on the landing page. Which either shows this is either misinformation or a false misrepresentation of RCCG in other for the site to gain relevance and which it is doing by this post.

James Obafemi, “Through this site many singles will enter one chance. Singles, Please pray and look well before you choose. Period!