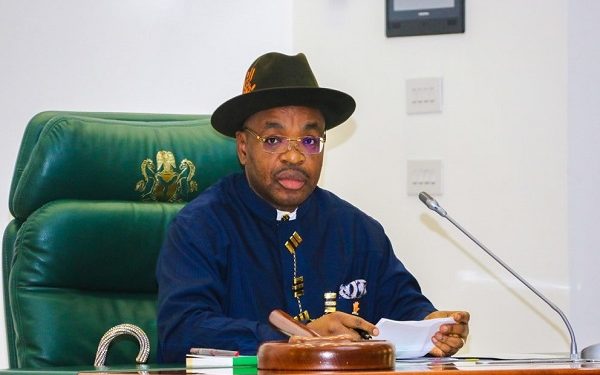 The sack was announced on Tuesday via a letter from the Secretary to the Akwa Ibom State Government, Emmanuel Ekuwem, to Mr Inyangeyen who has been having political differences with Governor Emmanuel.

The statement noted that the letter, which was signed by the Secretary to the State Government, Dr Emmanuel Ekuwem, explained that the CoS’ sack became imperative due to urgent need to match skill set and competencies to the task of maintaining the momentum of economic development required in the state. 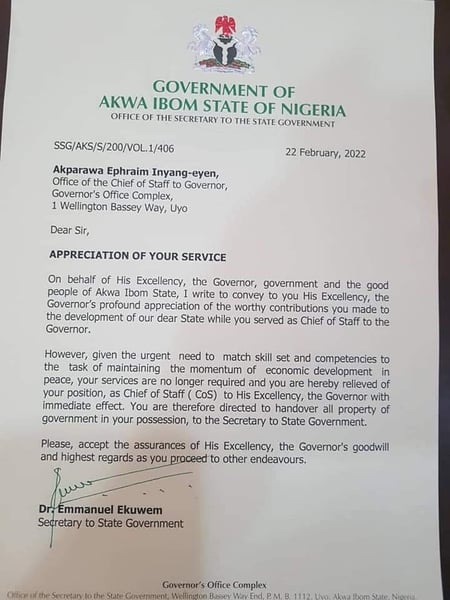 Akwa Ibom Governor’s sack letter to Chief Of Staff, Ephraim Inyang“However, given the urgent need to match skill set and competencies to the task of maintaining the momentum of economic development in peace, your services are no longer required and you are hereby relieved of your position, as Chief of Staff (CoS) to His Excellency, the Governor with immediate effect.”