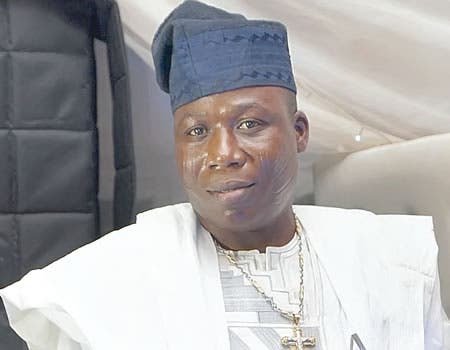 There was palpable tension on Saturday at Idiroko, Ipokia Local Government Area of Ogun State when some agitators of Yoruba nation stormed the area and forcefully opened its land border.

According to sources, the agitators  were swiftly repelled by operatives of the Nigeria Customs Service who were manning the border town between Nigeria and the Republic of Benin.

Recall that the land border had been closed by the Federal Government since 2019 when it directed that all forms of importation be done through the seaports.

In a circulated video on social media, it showed how a gun was snatched away from an Immigration officer.

The video clip lasted for 19-minute-and-23 -seconds, a man in a yellow T-shirt can be seen shooting sporadically into the air to the admiration of others at the scene.

Different voices are heard in the video calling on soldiers and other security agents to come out and shoot.

They destroyed the gates at the border, screaming, “We have opened the border at Idi-Iroko!”

They also asked people to begin their importing business through the route.

During the invasion, a young man, who was accused of trying to record the incident with his mobile phone, was attacked and beaten to a pulp.

He, however, said the agitators were repelled.

Denying attacks on any Customs officer, Oloyede said the situation was under control.

“There was no attack on our patrol bases or checkpoints. Those guys were just doing their own. They tried to attack one patrol point, but it was repelled. The situation is under control. There is no problem,” he said.

Meanwhile, the spokesman for the Yoruba nation agitation, Sunday Adeyemo, aka Sunday Igboho, in a video commended the actions of the agitators.

He accused the Federal Government of shutting down the land borders in the South-West while those in the North were open.