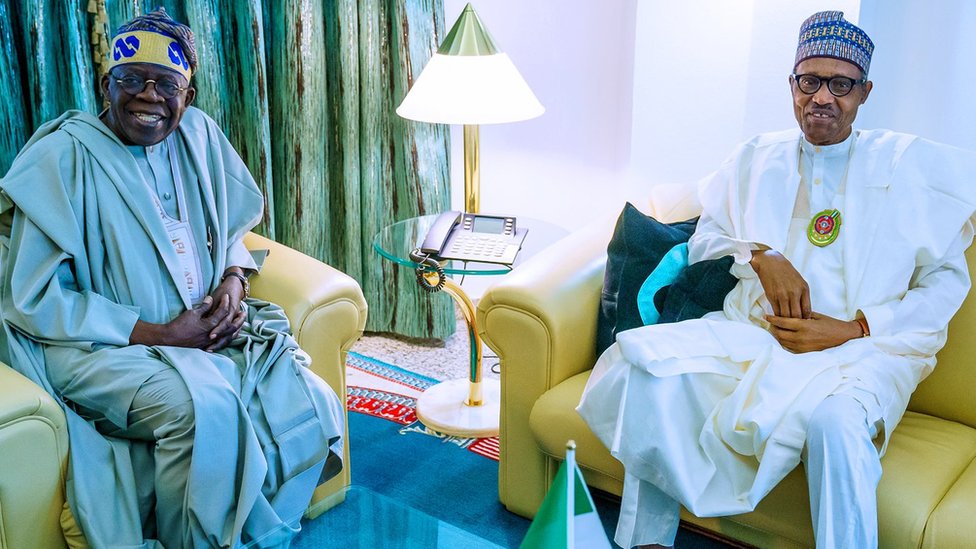 Tinubu, in a statement signed by him on Friday in Lagos, described the President as a great reformer and democrat.

The All Progressives Congress (APC) National Leader said beyond his admiration and gratitude for the President’s achievements in office, he was proud to call him a friend and a brother.

“Your legacy as a great reformer and democrat will live long into the future.

” You are a man of high intellect and exceptional character,” he said.

Tinubu said that despite prevailing challenges, the president had continued to steer the ship of Nigeria through the most turbulent of waters.

“Your tenure in office has coincided with some of the most difficult and challenging times this country and, indeed, the entire global community has faced.

“Economic crises, global pandemics, insecurity and criminality have all played a role in making the past few years difficult for the people of our great country.

“Yet, despite it all, you continue, calmly and with uncommon dignity, to steer the ship of Nigeria through the most turbulent of waters.

“I, therefore, wish to appreciate the unseen and underappreciated work that you have done and continue to do to guide Nigeria ever nearer to its manifest destiny,” he said.

The former governor of Lagos said that through the careful leadership and measured governance of the country, the President’s administration had achieved many things for which the people could be proud.

He said that under President Buhari’s watch, previously abandoned infrastructure projects had been completed all over the country.

“Unheralded reforms and measures taken by your administration are also taking effect to bring greater transparency and accountability to governance,” he said

“I wish you a wonderful birthday and many more years in good health and renewed strength.