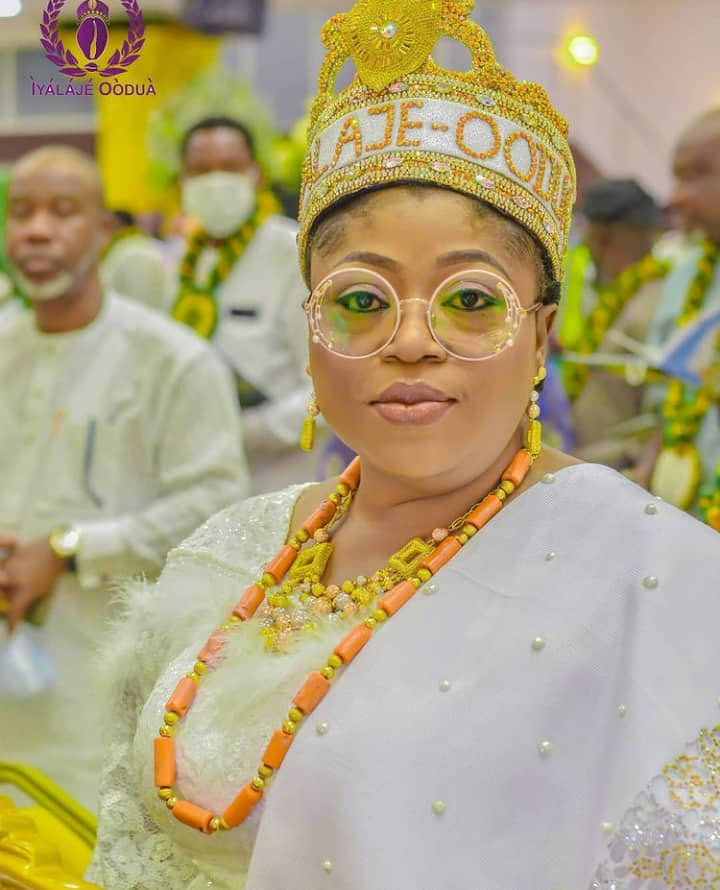 With the current story making the round about seasoned businesswoman Princess Toyin Kolade, Iyalaje Oodua, the head honcho of Fisolak Global Resource over an alleged fraud case relating to her client, the business woman has distanced herself from the said case, claiming she has been exonerated in the past by the Police Special Fraud Unit, SFU over the years.

The report claimed that she and her company is currently enmeshed in some fraudulent act but to set the records straight, she averred that; she was contacted by the said foreign national to clear some goods for them which she did and got paid for the services her company rendered.

The said Indian nationals who supposedly got loans from the bank at no point involved Princess Toyin in their dealings and whatever transpired between the Indian nationals and the bank is not in anyway her concern. As we speak, the Indians forfeited their properties and other valuables which the bank sold to recover their debt they have also left the country.

The philanthropist also disclosed that; “I am never a fraudulent nor dubious person and those who know me well can attest to the fact. I have been audited and exonerated by the Police Special Fraud Unit whom after thorough investigation found out that the issue had nothing to do with me. They wrote to me and my company in person and pleaded. The case ended more than 5 years ago. It was recently revisited and they are still attaching me and my company to the legal process which should originally not be so.

“I am just clearing agent who only worked for the accused and got paid. I keep records and I have the documents still intact till date for records purpose. So the unnecessary clamor for my detractors to exploit this avenue to make disparaging comments and unfound assertions about me is uncalled for. The said story is being syndicated by an individual with questionable character who feels intimidated by my numerous achievements ever since I was conferred with the title as Iyalaje Oodua by the Ooni Of Ife.”

“The more they throw their punches it won’t still get to me. I know the person behind it and I pray they heal very fast and come to bear in mind that who God has blessed no man can curse. I am a moving train and I am not intimidated nor perturbed by the lingering rumors. They are all lies from the pit of hell. I am not a fraudster. I work hard for my money. I have instructed my lawyer to take a legal action against those responsible for the inclusion of my name in this issue when the court finally exonerate me.”

Thorough findings further confirmed that the mischievous report flying about town was just concocted based on the unavoidable absence of her lawyer, Barr. Olapade Awowole, who couldn’t make it to the court on Thursday, 4th of November.

However, the legal counsel, Awowole had reiterated his determination to attend the court proceeding tomorrow, 9th of November to get his client’s name off the mess.