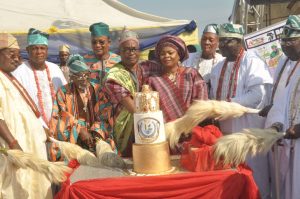 The traditional, who was installed to the throne in 2016, described the celebration as a landmark.

“One can only but be grateful for the several integrating strides and developments we have recorded since my emergence as the Aholu of Ajido Kingdom,” he said.

He acknowledged the efforts of Gov. Babajide Sanwo-Olu of Lagos State for the tremendous support received in the community.

“We are grateful to the Lagos State Government for the enviable road construction that our people enjoy today as Ajido can now boast of four and well equipped health centres.

“The kingdom feels grateful to recognize the unalloyed progressive dimensions you have brought to Ajido and Badagry Local Government as a whole.

“Five years is no small feat and that is why we are all gathered here today.

“Over the last five years, Ajido community had experienced exponential growth in all areas of human endeavour.

“Our major roads are better even with street light and traffic lights.

“Some of our brothers and sisters in diaspora could not believe when we send pictures and videos of the new Ajido at night to them,” he said.

He commended the Aholu of Ajido Kingdom for laudable innovations and development.

“Over the last five years, Ajido community has experienced exponential growth in all areas of human endeavour.

“Some of our brothers and sisters in diaspora couldn’t readily believe when we send pictures and videos of the New Ajido at night to them,” he said.

Ajayi wished Aholu of Ajido many more years on the throne while commending him for always giving the Union a listening ear at all times.

The occasion was spiced with cultural rendition and dance by Ajido Sea Beach Dance Troupe.

The anniversary equally celebrated Awards presentation to personalities that have contributed to the development of Ajido Kingdom in one way or the other.

The launching of a special dedicated Album to Ajido community and the Aholu of Ajido Kingdom also took the centre stage.

has over 15 years experience in marketing, hospitality and property management both in the United Kingdom and Nigeria.
4 / 100
Powered by Rank Math SEO
Continue Reading

Fuel As Souvenirs: Erelu Okin Pearl Ogbulu Submits Self to Police For Investigation 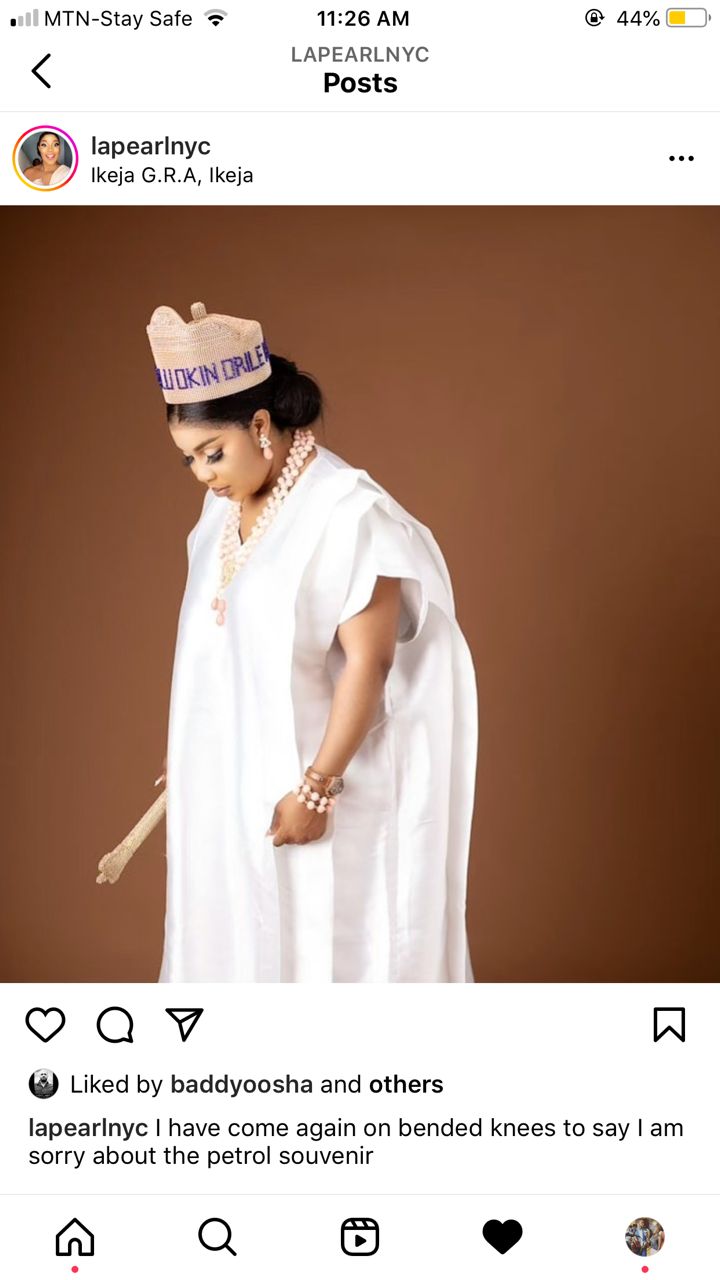 After coming under fire for using jerrycans of fuel as souvenirs to her guests at her event last week held at Havillah Event Centre Oniru, Lagos, The Erelu Okin, Pearl Ogbulu have been remorseful over the incident claiming she only gave people the fuel outside before some over enthusiastic guest took the fuel into the Hall in excitement.

Since the video of the event went viral giving room for public outrage, the Lagos state government has reprimanded her by shutting the Havillah Event centre where the event was held. In other to show how remorseful taking responsibility for the whole event, she has today reported to the office of the Lagos commissioner Of Police for proper investigation.

Making this known via her verified Instagram handle, she posted that; “I have come again on bender knees to say I am sorry about the petrol souvenir

My intent is to help on their investigation to the unfortunate incident.

I am sorry and my intent was never to cause harm to anyone or abuse your sensibilities. Do not destroy me because of my unintentional error. I have come to regret my error

I want to use this opportunity to thank all my loved ones for their support. Your kind words have helped my mental health. I will remain focused and put effort to the community